PC Vs. Consoles: Which One Is Better?

Samsung to launch very new Android tablet series and the target of the series would be the mid segment but this time Samsung is challenging with the mid range Samsung Galaxy Tab 5 to other higher mid range segment full HD display.

If you remember, in tablet section Samsung has reached to the very high-end Resolution for example tablet Galaxy Tab S has 2560 x 1600 pixels. With such parameters it leads in the present market, and other devices. In the same resolution, and boasts a Nexus 10, but the iPad Air offers a resolution of 2048 x 1536 pixels, Surface Pro 3 – 2160 x 1440. Although, you can’t expect such parameters in the Galaxy Tab 5 as it to be the mid segment device, however for the first time you may witness 1080p display, which is itself good for mid price segment device.

And on other hand, if we talk about the high resolution display of Tab S is very impressive, the WQXGA resolution of both models tend Tab S, and if a large version has a pixel density 287ppi, it differs less stunning 359ppi. And if the text is displayed clearly surprisingly, some sites cannot cope with the high resolution of the new generation of tablets, so appear grainy.AMOLED technology has allowed Samsung to give up the backlight, so necessary for LCD-displays. All pixels are independent; they are individually switched on and off, which greatly improves contrast, brightness. Due to this picture looks great even in bright sunlight. Brand Samsung has also extended the functionality of the screen. For example, applying more than just the ambient light sensor.

In the Galaxy Tab S has RGB-sensor, which allows determining the color tone of the room, and depending on it to adjust the display settings of the tablet. There is also adaptive mode, which, in conjunction with certain applications, is able to automatically adjust image detail, color reproduction, saturation, white balance and gamma correction to make. You can even adjust the contrast of certain parts of the screen, which is no longer considered as a whole. Nevertheless, this feature is adaptive system screen is compatible with a limited number of programs (by default they are: gallery, camera, browser, video player, Google Play Books, as well as the application for reading electronic books from third-party developers). So, this all would be making the Samsung Galaxy Tab 5 a complete tablet.

Without a doubt, these tablets with full HD displays are almost the best. However, a duet series models Galaxy Tab S clearly surpass it. Screens of these devices are specially designed for high-definition video and contrast. So, the positive affect would also appear in the Samsung Galaxy Tab 5.

Previous Advantages Of Having A Distance MBA Program In India

Next Get Fund For Homeland Security

4 Sure-Fire Ways To Attract Traffic To Your Site

Why Vitamin B Is So Important 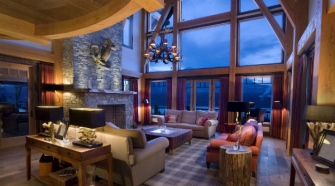