5 Tools Everyone In The English Editing Industry Should Be Using

New Hair Treatments In The Pipeline

Will it run out of money on the 27th?

The drama still unfolds as the 27 of February draws near and there is still no inclination in the House to even start discussing the topic of Homeland Security budget for this year. For most of us, the conflict seems strange and confusing. So, let’s talk a little bit about background so we can understand current events.

The reason why congress has yet to even talk about funding for Homeland security is because of the change in power from last November, when Republicans took the house. As the ruling majority, it was time for Republicans to flex their political muscle. Unfortunately for them the issues have splinter their efforts making it easier for a unified Democratic front to stymie any efforts from the GOP.

The biggest bone that had to be picked at was the issue of immigration. Wait, what? What does immigration have to do with Homeland Security you might ask? Well it is like this, if Republicans won’t negotiate with Democrats on president Obama’s new immigration policy, then Democrats will refuse to talk about Homeland Security. All this events can be seen live on watch fox news live.

The main issue that Democrats have is that immigration law will, if left as it is, allow immigration authorities to capture and deport adults that were brought into the United States as children. And as many in congress think (even a few Republicans) this is too harsh. So, to get a cleaner bill Democrats are hitting the Republican party where it hurts, on the homeland security front.

Now the senate and house have been pointing fingers to see who will ultimately be blamed for the shut down of operations if funding is not secured by February 27. Mitch McConnell said that the house had done its job and it was now time for the Senate to do theirs. But as time grows near hundreds of workers could go back to work and find themselves working ad honorem for a while. Even if this eventuality has happened before (in recent history 2 years ago in 2013) it is not something either side is willing to contemplate lightly.

There are only 2 other alternatives to the problem. The first and easiest temporary solution would be to pass a short term extension for the budget that Homeland already has. Republicans want to avoid this since it is only a temporary solution to the problem which will not, however, let them have what they want. The other one is to strip the immigration bill from the language that supports Republican ideals. This would be even worse for the GOP since it will show the public that they have folded and can’t stand up to the Democratic minority and that they can’t follow through in stopping what they have said is an unconstitutional power grab on the side of the president.

When the legislators return to the Capitol on February 23rd Republican leaders have said that they will start the session at in the Senate with the forth vote on the issue of Homeland security. There is hardly any hope that this forth vote will go differently, and within days of the shutdown Republicans seem to be trapped.

According to experts, the Obama administration is moving forward with the immigration issue by allowing hundreds of people who was brought to the US illegally to sign up for the extended program that would allow many to obtain temporary work permits. More on Obama reforms can be covered on hulkuss .

Neha Singh is a writer whose love to share her experience. She also takes keen interest in news, tech trends, finance related article. With her flair for writing and personal experiences, she offers vividly descriptive write ups.

Next Online Binary Options A Better Solution For Trade and Business 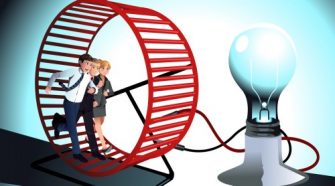 Startup Companies Are The Best Way To Start Your Career