Some Home Remodeling Ideas To Help You Sell Faster

Latest Trends That Are Changing The HR Practice

Given the current state of the economy, you can see why directors are keen to bring in as much money for their business as they can. Whether this means making bigger profits or making savings, there is a lot to be said for putting in extra work and taking action that will put your company on the path to success. However, it is vital that the steps you take are all legal ones because if they aren’t, there can be major repercussions that come from acting in an illegal manner.

This is the story for three directors who have been banned from carrying out this role for at least 11 years. This comes on the back of the three men carrying out a VAT scam worth over £3m. You can see why HMRC were keen to ensure that these three men were punished to the full extent of the law and the ex-directors of Leafybug International Ltd, which has been trading as Furniture Direct, were certainly dealt with in a sever manner.

Big punishments when it comes to illegal activities for directors

The Official Receiver, Ken Beasley, said; “Official receiver Ken Beasley said: “Leafybug International Ltd was involved in trading connected with fraudulent VAT schemes which had been costing the UK Exchequer significant amounts of money at the time the frauds were perpetrated.”

When it comes to VAT crime and fraud of this nature, some people may believe that it is a victimless fraud but in the end, there will always be someone paying. Sadly, in this sort of case, it is common for the taxpayer to end up bearing the brunt of it with funds that could have been used to make life easier or better for people being diverted into other ways.

There will always be people who refuse to take this sort of approach when it comes to examining these crimes but there is no getting away from the fact that VAT fraud will have an impact on people all across the country.  Mr Beasley also said that Mr Hassan was knowingly and deliberately “taking part in a systematic criminal attack on the VAT system”.

Of course, when it comes to running a company, there is a need to make sure that you are paying attention to how your business operates and what is taking place. This is why Clive Thomas ended up being punished for his role in the crime. He was charged with failing to make sure that an appropriate level of due diligence was being carried out by the company.

There will be some people that think applying a punishment for this sort of crime is a harsh way to treat a 71 year old man but in his role as director, he should have been taking care to ensure that this sort of activity didn’t take place. When you hold the position of Director, age doesn’t come into it, you are required to carry out the work and if you fail to do so, you will be punished. Waseem Mohammed was punished with failing to disclose to the HMRC that these transactions had taken place.

Again, there will be some people questioning the extent of wrongdoing on this case but again, this is all part and parcel of being a director. If you don’t take care of these aspects and something is going wrong, you will find yourself being punished if it eventually catches up with you.

This is why hiring a professional solicitor with experience in VAT fraud is crucial. Even after that, if your position as a director is going to come under threat, you will want to call on a leading professional to provide you with the highest standard of support and service at all times. This is why knowing the best fraud and director disqualification solicitor in the local area will be of benefit to you, as their support could be invaluable in obtaining the best possible outcome.

Previous How to Write a Long Essay in Just One Day?

Next How To Use Strategic Tax Planning To Reduce Your Taxes

Benefits Of Hiring A Business Attorney 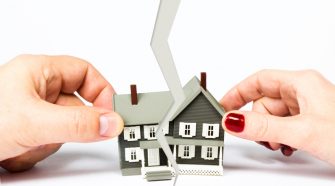