How to Start a Supplement Business

Remove Limitations By Opting For The Tableau Certification Course

Things Every Adult Needs In Their Home

According to a research article by Thompson, Schellenberg and Husain (2001) students seem to perform better on tests when listening to music. They refer to it as the “Mozart effect” which leads one to believe that classical music is more relevant to good grades than, say, Lady Gaga.

There seem to have been a number of studies to try to find some means of ascertaining whether and even how music affects doing well in tests. The article explains that some such research seems to have found little effect, while others have found that music is a form of relaxation that seems to be more meaningful in relieving stress than silence.

This specific article was the first, according to the authors, to examine directly the contribution of what they term “arousal and mood” to the so-called “Mozart effect.” However, the students tested had nearly three years of some sort of formal musical training, so they were already predisposed to understanding music, if not its direct “arousal” effects. Slow mood music, during the test, proved less “positive” than a more animated Mozart sonata. The real result of this particular experiment was that any sort of enjoyable stimulus has a positive effect on someone’s performance, but it does not mean that such a short exposure to music truly enhances non-musical abilities.

If one were to write a press release about this study, it might be something like this:

William Forde Thompson, E. Glenn Schellenberg and Gabriela Husain’s research used a ten-minute Mozart two-piano sonata excerpt as well as an Adagio by Albinoni to examine whether music- and the tempos of music- influence activities of students taking tests. Some other research had proved inconclusive, but the method used by these three researchers seemed to indicate that a faster tempo pleasant Mozart piece of music did seem to make a difference, especially compared to total silence.

Music has always been known to create a certain mood, but this testing of the so-called “Mozart effect” indicates that arousal- perhaps more brain activity and more attention to detail- is a vital part of musical influences.

Computer programs were used for individual testing, once with music and re-tested a week later with only silence. Music provided higher test results. The researchers’ testing clearly indicated that participants in their research performed better after listening to Mozart than after sitting in silence. If Mozart works, can a “Lady Gaga effect” be far behind?

Next WHY IS HOSTGATOR BEST FOR HOSTING YOUR WEBSITE?

Top Places To Study An MBA

The Unique Designs of The Lightsaber 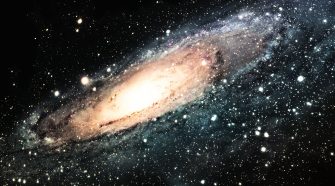