A Guide To Trenchless Technology

South Africa Coach Carlos Alberto Parreira stood outside the auditorium at Soccer City Stadium on Thursday being interviewed by a television crew when word came that Mexico´s coach, Javier Aguirre, was arriving for his session.

An innocent enough encounter, one that coaches in the United States negotiate all the time. Their paths accidentally cross, they smile and shake hands, and then they go their separate ways.

But not here. Not at South Africa´s World Cup.

The South African delegation wanted to stop the interview on the spot and usher Parreira away from Aguirre so the two coaches would not meet face to face with their teams´ game a day away.

In his remarks, though, Parreira hardly seemed like the kind of person about to be intimidated by the presence of the opposing coach. "Playing in the opening match of the World Cup is special," he said. "But out there on Friday against Mexico it will be a battle – no, make that a war. And we are ready for it."

So this is Parreira – Bafana Bafana´s Brazilian-born, well-traveled mentor, whose task was to transplant his country´s soccer swagger to South Africa´s team.

So far, it has worked. Regardless of the results of Friday´s game, there has been a meaningful transition in the way the South African team conducts itself.

Yes, there have been technical improvements – better conditioning, a greater focus on playing with an accelerated pace and more efficiency.

"Everything," midfielder Lance Davids said. "We improved mentally, physically, technically, everything that a football team can do."

On Thursday, during his news conference, Parreira spoke easily; joked with reporters; answered questions; and displayed his versatility with the languages of the World Cup.

He used English with English-speaking reporters, Spanish with Spanish ones, Portuguese with Portuguese ones. At one point, Parreira even broke in and answered a question meant for Aaron Mokoena, the team captain. Mokoena said that since Parreira took over last year, he had infused South African players with a sense of joy, a trait one normally associates with the Brazilian game that Parreira knows so well.

"We are more relaxed, much fitter and hungrier," Mokoena said. "This is a big game for our country. We know we have to go out there and get a result. But the coach has made it easy for us by keeping the pressure off us and keeping us relaxed. He has had experience of being in this position a number of times, and that experience has been a great help to us."

Parreira coached Brazil to victory in the 1994 World Cup, made subsequent detours to such places as Saudi Arabia and New Jersey, where he coached the MetroStars of Major League Soccer, and then became coach of Brazil again, although that team only made it to the quarterfinals at the 2006 World Cup in Germany.

In the aftermath of that failure, Parreira soon resigned. He became coach of the South African team the next year, stepped down in April 2008, but then was brought back in October 2009.

None of this is that unusual in the transient world of elite soccer coaches. Meanwhile, for all the success he enjoyed at times as Brazil´s coach, Parreira has now been overwhelmed by the outpouring of love and good will that has been showered on his South African players.

South African soccer had suffered from a lack of esteem that stemmed from decades of failure. It was undervalued, underestimated and marginalized.

When he took over in South Africa, Parreira instructed his players to put aside the overseas leagues that many of them played in.

"We are now World Cup players," he said he told them. "We are talking about a high level, where the demand is very high technically, tactically, physically and especially mentally."

As South Africa prepares for its debut as the home team in Africa´s first World Cup, Parreira has walked a razor-thin line between instilling confidence and selling false hope. A victory over Mexico on Friday would be spectacular – it would create great harmony and confidence, Parreira said, for his team and for the country.

If the South Africans don´t win, they aren´t done. But the mountain will get a little steeper for a Brazilian coach who has been in so many places in his long career, but perhaps never in a situation as significant as this one. 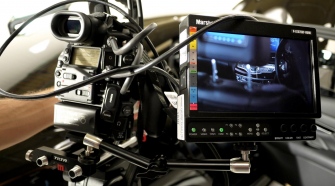 Can A Cutting-Edge Digital Video For Business Generate Value and Revenue?