It’s All About Sports Handicapping Service

Dealing With A DUI Charge In Glasgow

3 Measures To Increase The Security Of Your Web Development Projects

The Importance Of A Gas Safety Check

It’s been a few months since the real taste of Android Oreo was served to the users and as expected everyone liked it. Being the latest operating system of Android, Oreo includes everything that a user would need to get the best mobile browsing experience. Comparing the previous versions, Marshmallow tops the chart with a dominated share in the market.

Presently Oreo is used in 5% Android devices, which is going to increase owing to the superb feature the latest Android OS version is bringing. As any of the tech enthusiasts would like to know about the future of Android Oreo you too would be interested in knowing the same. So, to offer you knowledge on everything you should know about Android Oreo, we are presenting the must-read guide.

The special chipset “visual core” has eight image processing units along with 512 Arithmetic logic units. Combining visual core with third-party camera apps will provide a HDR+ feature on the device. With Android 8.1, Visual Core will be unlocked but the option is not enabled by default. Users need to go to the Developers option by going to the settings for enabling the option.

In case you connect a Bluetooth device to your smartphone, you would be able to see how much charge is remaining to the connected device. Going inside the quick setting shade, you will have the option to turn on the settings and see the remaining battery life of your Bluetooth device.

Nexus 5x device was unable to play audio through device speaker. And, with the new update, the distorted audio streaming issue with Pixel 2 & 2 XL devices has been fixed, which is, of course, is a welcoming change for all the Android users that everyone was expecting with the new updated version.

Safer browsing has been introduced as a new feature to help third-party apps detect WebView attempts in order to point out malicious URLs. Additionally, there are neural network API that allows hardware acceleration of on-device machine learning. Notification behavior changes have also been included in the update.

Android 8.1 is not bringing much to the table, but whatever it is providing is actually important for the Android users. Android O features have always remained an exceptional one be it the Android Go or an updated Android Oreo version. Right from safe browsing to fingerprint security, Android Oreo update has included everything that is required to elevate the user experience. All the above-mentioned updates that Android Oreo is bringing are pretty much user-friendly to offer an exceptional taste to the users.

About The Author: Writing comes to Neha as a passion that she is pursuing as a career. Being the senior technical writer at MobileAppDaily, she loves jotting down the ideas about the latest technology to offer insightful information to the readers about everything that breaks the internet.

Next How Can Mechanical Aptitude Test Be Conducted? 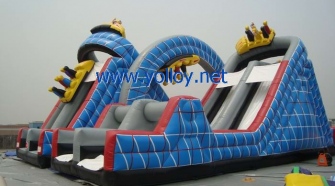