Pilates and Sports – Great For Athletes At All Levels

Wednesday saw a stir in the travel industry as Sussex-based tour operator, Holidays 4 UK, which specialised in trips to Turkey, collapsed into administration. Meanwhile the chief executive of Thomas Cook, which owns ski operator Neilson, stepped down following a drop in shares of nearly 50 per cent since the company issued a profits warning in June.

The news has refocused attention on the current fragility of some travel companies and on the new reforms proposed by the government to increase protection for consumers when booking holidays.

Fortunately for the 12,800 Holidays 4 UK customers basking on the shores of the Aegean when the company’s collapse was announced, the operator’s holidays were protected by the Air Travel Organisers’ Licensing (Atol) scheme. As a result, the Civil Aviation Authority will repatriate all 12,800 of the holidaymakers at the end of their trip.

This was not the case for all customers of tour operator, Goldtrail, another Turkey-specialist, which suffered a similar fate last summer. While many of them had bought Atol-protected packages, others had purchased unprotected flight-only deals via third-party agencies, which then wrapped them with separately sourced hotel deals. Essentially the unlucky ones had been sold multiple contracts in a single transaction.

In February the government announced plans to impose new rules, which it claimed would be enforced by the end of the year, in an attempt to protect consumers should the worst happen.

Currently when customers book a holiday, it is not always clear what they are getting, as in the case of Goldtrail. With the advent and growth of internet bookings, there are a number of loopholes that online business have created to boost sales but which also affect the protection of their customers’ holidays.

The traditional package, which many people used to book via a travel agent on the high street, is covered under the existing rules so if the holiday company goes bust its customers would be repatriated or reimbursed if they are still to take the trip. This is viable because the company adds a surcharge of £2.50 to the holiday price, which they pay into a fund to cover the Atol protection.

Now, customers booking online can book a flight through a travel company’s website then, before paying, book accommodation on the same website. Finally they go through to the checkout and pay for the entire contents of their virtual basket.

While customers might think they’ve booked both elements of their holiday through one company and so having booked a package, under the current rules this is not the case. They would not be protected by Atol should anything untoward occur.

Another scenario which may affect those traveling on budget airlines is when customers book and pay for a flight online via an airline or travel agent and the website then recommends a hotel and provides a click-through link to it which the customer pays for in a separate transaction.

Theresa Villiers, the Minister of State for Transport said in February that the government’s new rules would take such points of confusion into consideration.

“The main proposal is to extend customer protection to include Flight Plus – trips that comprise separate flights and accommodation or car hire, sometimes called ‘dynamic packages’. Essentially, these look like package holidays, but fall outside the existing legal definition which means they are not currently covered by the ATOL scheme,” she said.

“We also want to ensure that customers are provided with a clear explanation of their protection at the point of sale, so they can make informed decisions about their holiday.”

In the wake of this week’s events these changes can only be a welcome change for UK holidaymakers. The only downside is that the broadening of Atol protection must come at a cost, which could mean slightly increased holiday prices, although the extent of this remains to be seen.

If you are looking to book a winter holiday and plan to do so before the new rules are implemented make sure you check whether your holiday is Atol protected if booking a package, use a credit card to book as you will get some protection from the card provider and make sure you have a good travel insurance policy.

Next Choices Care Group in Administration 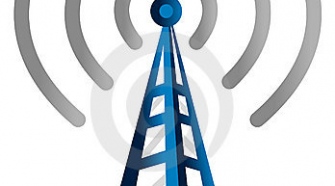 7 Things to Consider When Choosing Wireless Providers for Small Businesses