According to the new six month long study published in British medical journal, The Lancet, there is connection between the text messaging and care given to a child suffering from malaria.

The research took place in Kenya, in which researchers proved that daily text messaging sent to health workers, can improve the quality of care given to children having malaria, in African countries.

In the study, 119 health care professionals were involved, who were sent text messages twice a day, five days a week, for six months. The messages enclosed the information provided, as per the government guidelines, like “advice mother to finish all AL doses over three days even if the child feels better after two doses.” Artemether-lumefantrine (AL) is the prescribed anti-malarial drug in Africa.

It was noticed that at the beginning of the study, only 20.5% of children were being properly treated, but the figures increased to 49.6 % after the health workers got text messages.

Professor Bob Snow, Lead researcher said “The role of the mobile phone in improving health providers’ performance, health service management and patient adherence to new medicines across much of Africa has a huge potential”.

Next Protection for Holiday Makers Set to Increase

Defining The Right Entertainment For Your Kids Parties

Avoid some major mistakes to land a good job in Bahrain 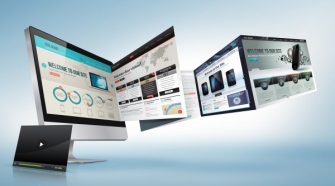