The Most Underused SEO Tactics

Display Your Company’s Best Side At Trade Shows

B Hannah 7 years ago

The Beatles knew the best way to revive a moribund movie franchise: Get back to where you once belonged.

Or, better yet, get back to before then.

Once upon a time, “Planet of the Apes” ranked as a mighty movie franchise indeed.

The 1968 original, a sci-fi classic in its own right, spawned so many sequels and offshoots (four more movies and four TV projects) that people joked about the title of the inescapable next installment: “The Milking of the Planet of the Apes.”

And while this new prequel doesn’t quite qualify as an instant classic, at least “Rise of the Planet of the Apes” remembers what made the original great.

We’re spared all but a few wink-wink, nudge-nudge references to its predecessors.

More importantly, we’re spared the kind of snarky, smart-alecky attitude that signals a condescending attitude toward both movie and audience.

Thus it’s downright refreshing to observe how earnestly “Rise of the Planet of the Apes” treats its own preposterous (or is it?) premise: a genetic engineering experiment gone awry, one that closes the intelligence gap, and shifts the balance of power, between humans and apes.

San Francisco-based scientist Will Rodman (James Franco) has the noblest of inspirations for his genetic research: ending the ravages of Alzheimer’s disease for millions of victims.

Including his own father, Charles (the nimble John Lithgow), a music professor whose alarming downward spiral prompts Will to make two fateful decisions.

The first: Will injects his dad with the experimental drug he’s been testing on apes back at the lab.

The second: When a lab disaster prompts Will’s bottom-line boss (David Oyelowo ) to pull the plug on the research, Will rescues an orphaned baby chimpanzee from certain death and brings him home.

His dad, a fan of Shakespeare’s “Julius Caesar” — or maybe 1972’s “Conquest of the Planet of the Apes” — names the chimp Caesar. And both father and son revel in the little guy’s remarkable smarts, which enable him to communicate with his human family in sign language.

Including Caesar (performed by motion-capture veteran Andy Serkis, alias “Lord of the Rings’ ” Gollum), whose startling presence in Will and Charles’ neighborhood leads to his exile at a local primate sanctuary. Naturally, it seems more like a primate penitentiary, complete with an indifferent warden (Brian Cox) and a sadistic keeper (Tom Felton, the “Harry Potter” saga’s devious Draco Malfoy).

Thus the stage is set for multiple confrontations — and the movie’s consideration of various moral dilemmas, from humanity’s endless penchant for messing with the natural order of things to the corporate world’s endless attempts to profit from same.

To say nothing of the pivotal question: Just who’s the real animal in all this?

At least “Rise of the Planet of the Apes” never gets bogged down in heavy-duty philosophizing.

If all you’re interested in is watching the apes go, well, ape, this movie’s got you covered with persuasive computer effects (from the folks who brought you “Avatar” and “Lord of the Rings”) and plenty of all-stops-out action, including a climactic confrontation on the Golden Gate Bridge that recalls, if doesn’t surpass (what could?), the original’s all-time shocker of an ending. (And if you haven’t seen the original “Planet of the Apes,” never fear; King Kong himself in full roar could never induce me to spoil the unforgettable ending, although the original’s DVD box does exactly that.)

Working from a nicely interwoven script by Rick Jaffa and Amanda Silver (“Eye for an Eye,” “The Relic”), director Rupert Wyatt (“The Escapist”) smoothly shifts between the movie’s central protagonists, Will and Caesar, generating considerable empathy for both characters as each struggles to control the uncontrollable.

If only Wyatt had bothered to control his constantly circling camera, forever hovering above the action. Of course it’s supposed to suggest an ape’s perspective on the movie’s action, but we’re only human, and all that whirling and swirling proves distracting at best — and (stomach) unsettling at worst.

Still, that’s a minor quibble in the face of some major virtues, particularly the poignant relationship between Will and Caesar. (It’s far more powerful than the bond between Will and his primatologist/plot-device love interest, played by “Slumdog Millionaire’s” decorative Freida Pinto.)

Franco serves up a quietly persuasive variation on the ever-popular mad scientist, infusing Will with a wistful yearning that makes his audacious actions not only understandable but inevitable.

And, thanks to the movie’s on-target effects and Serkis’ sensitive performance, Caesar emerges as a complex character capable of expressing subtle but powerful emotions — and triggering equally powerful reactions from us.

All of which makes Caesar a lot more dimensional, not to mention a lot more human, than most of the supposedly human cartoons who populate summer popcorn movies these days.

Excellent Way To Get More Knowledge Through Online Classes 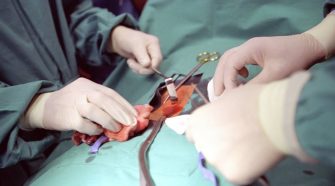 Chemotherapy And Surgery In India