Raising Awareness Of Anxiety Through Statistics and Education

Scott A 6 years ago

In this crazy, messed up world we live in, where football players like Wayne Rooney can earn 300,000 pounds a week, it’s no wonder that the top footballers demonstrate their skill on the pitch and their affluence off of it. How do they show off? Why, with their fantastic, luxury sports cars that make the rest of us drool a little. But who has the the car that’s the most drool-worthy? Here’s a list of some of the world’s top footballers and their cars; you decide who you envy the most.

It seems that after winning several closets full of trophies, three consecutive Ballon D’Ors, and becoming widely regarded as the world’s best footballer, Messi went the simple, no-nonsense route when it came to his car. Just the standard Ferrari 360 Spider you find in the typical American garage.

The red monster is anything but subtle, so when Leo comes over for dinner, you’ll know.

When you think of the Bentley Continental GT, you think of a slick, beautifully designed car that wouldn’t be out of place at a meeting of the world’s richest business executives. It exudes class.

Which is probably why Mario Balotelli went ahead and had his painted in full military camouflage. He wouldn’t want anyone to think he wasn’t as mad off the pitch as he is good on it, now would he?

Ozil is the player who creates the most goal-scoring chances in Europe, and with a car like his, it’s good that something is helping him score. His Ferrari 458 is an Italian bad boy that is equal parts stylish and equal parts monster.

Perhaps it was modelled after Mario Balotelli.

Being a living legend at Liverpool doesn’t mean Stevie G’s taste in cars is limited to the the glory days of the past. No, he’s gone for the sleek, modern silver of the Jaguar XKR Convertible. Reaching 62 mph in under five seconds, the car s great for getting him quickly out of Liverpool and to a greener, more inviting countryside.

Though they have yet to take part in an official race, I’m almost certain Theo Walcott can outrun his car, and even if he can’t, one of the world’s fastest footballers has certainly chosen a car that puts the “need”, the “for”, and the “speed”, in need for speed.

Walcott’s choice is what I call a sexy black sports box on wheels, but to the rest of the world, it’s known as an Audi R8.

Cristiano Ronaldo is a man with the financial clout and the audacity to build a museum to himself in his home town, so it’s no surprise that he would drop a whopping 1,100,000 pounds on the Bugatti Veyron. The car is powerful, it’s design is slicker than a penthouse apartment made out of glass with tint-remotes, and it’s worth so much I’m seriously surprised no one has attempted to break into his garage and take off with it.

James McGrath is a car enthusiast obsessed with the latest and greatest in the world of sports cars. His current fascination is the Jaguar F-Type convertiblehttp://www.jaguar.com.au/jaguar-range/f-type/index.html. He needs him one of those.

Next Basic Requirements To Becoming A Bus/Truck Driver

Do I Need an Accident Lawyer Even If The Accident Was Not My Fault?

The Tidbits of Becoming a Successful Cricket Player

How To Increase Your Face Glow By Food 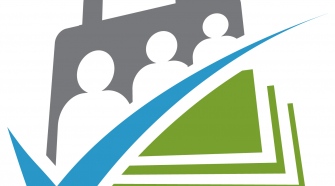