Children are expensive. That’s pretty obvious. Even before they born, they cost a lot of money. Then you have to pay for car seats and cribs and clothes they outgrow in a week. As kids get older, the expenses seem to pile up even higher. Some parents find relief in the fact that at least they can send their child to public school without having to write another check (because everyone pays school taxes, regardless of whether or not you actually have children). But for some parents, public schools just aren’t a realistic option.

The reasons can be very broad or very specific. Maybe your parents sent you to private school and you want to do the same for your kids. Perhaps the public schools in your neighborhood have a bad reputation, and you aren’t willing or able to move into a better district. Some parents are frustrated with standardized testing and want their child to be in an environment where that’s not as big of an issue.

Whatever the reasoning, most parents think long and hard about it before deciding their child won’t go to a publicly funded school. It’s a major choice, especially considering the high tuition amounts charged by some private institutions.

Once you’ve made the choice to go private, you’ll need to figure out which school your child will be attending.

A decade or two ago, you probably didn’t hear a lot about Montessori schools, but more and more of them are popping up nowadays. Montessori schools generally have smaller class sizes and offer more individualized attention. So if your child isn’t big on STEM but loves to read and write, a Montessori school may give her the kind of instruction she needs to truly blossom. RHMS, a Montessori institution located in Ontario, Canada, touts its “positive and progressive learning environment.” Many such schools place an emphasis on learning by doing rather than just listening to a lecture.

There are a few Montessori schools that are open to the public, which means they receive some public funding. That in turn means parents don’t have to pay to send their child to school there. Not surprisingly, such schools are very difficult to get into. Some schools even operate on a lottery system, because there’s just not enough room for everyone.

In fact, many private schools have the same problem of too much demand and not enough supply. It’s important to do your research rather than just assume Little Sally will be attending a certain school in the fall. You can get on a waiting list, but there may be hundreds of families above you.

Most people who hear the word “private school,” probably think of Catholic school. The Catholic Church does have a long history in education, but there are schools available for just about every denomination and sect imaginable, depending on where you live.

Do you have to be religious to send your kid to a religious school? Well, not necessarily. Different schools will have different requirements. Some may want to see regular church attendance on your part, while others will accept all students but give a discount to members of their church or parish.

Parents should, however, have to be OK with the fact that religion is going to be a part of their child’s education. Some parents are thrilled at the idea of their kid going to a school that focuses on the spirit as well as the mind. Others would prefer to teach their child about religion at home. If that’s you, then religious schools probably aren’t a great idea.

Previous An in-Depth Insight On Filing For A Defamation Case

Next Green City: 6 Most Stunning Natural Sights Of Birmingham

An Introduction To Car Suspension

Conversation That Converts: How To Create Real Money In Your UX Design

Are Robots Really that bad?

Why Is It Important To Learn Spanish? 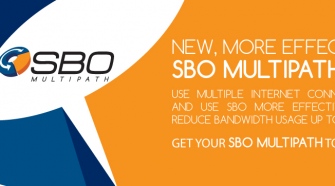