Traveler Tips For That Much Awaited New York City Escapades

Final Ruling In The Ongoing Hours-of-Service Battle: Focus Shifts From Rules To Safety

Perhaps some of that stress is justified. After all, we’re only talking here about something that allows your computer to actually function! So yes, it’s an event of the utmost gravity. Of course, the issue becomes even more timely in the wake of Microsoft recently releasing Windows 10 (unofficial slogan: “We’re sorry for Windows 8”).

Back up your system using several different media, and you’ll be ready for anything.

So, whether you’re upgrading to a different version of your OS, or jumping ship to an entirely new operating system, there are three things you should keep in mind …

Did we happen to mention “backup?” This is the computer operation version of saving your game before tackling the big boss. It is essential that you have your files backed up in case something goes wrong. And mentioning backup three times actually fits, because it brings to mind the Rule Of Three.

What’s The Rule Of Three?

Also called the 3-2-1 Rule, it’s the well-known axiom among computer users and IT experts alike. You should make at least THREE copies of your data, use TWO different formats, and store ONE copy off-site.

So for instance, you could have one copy in the Cloud, one on an external hard drive (and not kept in the same place as the computer in question), and one on DVD. Backing up your files onto a different folder on the same hard drive is NOT a backup!

By following the Rule of Three, you’ll have enough copies to deal with any possible problems that arise. The Rule gives you flexibility and options.

What Should Be Backed Up?

The article “Preparing To Migrate To A New OS? Don’t Forget To Back Up First!” defines a full backup as a process that adheres to the Rule of Three and covers all of your data, including system configurations and security settings. Any information, data and settings necessary of your system to run smoothly should be backed up and kept safe.

The article also goes on to say that you should perform another backup after the new installation, then again after the OS is set up, including any patches and updates. It just makes good sense to have backups performed at different stages of an OS change/update, in case something goes wrong during one of those steps.

A Word About Restore Points

If you’re dealing with just a laptop as opposed to a full-fledged IT department, consider the practicality of the restore point. You can create restore points or have Windows do it automatically, and if you need to restore your system to a particular point in time, this is invaluable.

Here’s a real-life example. My wife decided to drink the Kool-Aid and give permission for her Windows 8 to be upgraded to Windows 10. Everything seemed to go well until we noticed that her graphics were totally messed up. Apparently, there is a problem with certain graphics drivers and Windows 10. Rather than try and figure this out, we decided to take the easy way out, restart her system in Safe Mode, and then restore it from a point in time before she made the upgrade attempt. It works fine now, and we’ll put Windows 10 on the system someday. Maybe we’ll try it after the OS has been out for a while, and there’s been sufficient time for Microsoft to get the bugs worked out.

So before you mess with the OS, make sure the entire system is backed up. If anything goes wrong, you can go back to that point and try again.

Next Best Assistance Of The Los Angeles DUI Lawyers

What Steps Must You Take Before Buying a Vehicle? 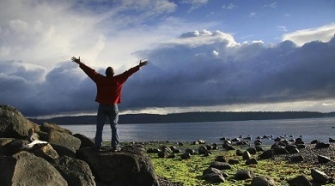