5 Ways for Keeping Your Home Pest-Free This Summer

Why To Invest On Home Security Systems

Galaxy Note 6 expected to release mid to late 2016, the rumor mill is hard at work speculating over Samsung’s latest offering. A 16-core processor, flexible display, reduced charging time and a projector option are just some of the features expected to be on offer by the Galaxy Note 6. RAM is expected to double from 2GB to 4GB or quadruple to 8GB. The camera also sees significant improvement with an increase from 16 megapixels to 21 or 30 megapixels (depending on the source of your chosen rumour mill) and includes optical image stabilization technology. The feature receiving the most criticism is the 4K screen display first launched by Sony earlier this year. Critics’ claim that the difference in display will not be noticeable and therefore do not see the value or justification for the cost associated with this feature. Samsung is also reported to be considering a retinal scanner in addition to the fingerprint scanner. With so much speculation, Samsung is assured that their release of the Galaxy Note 6 is highly anticipated.

The South Korean tech company just revealed the specs, the pricing, and its possible release date. According to the International Business Times, it is allegedly reported that the phablet is supposed to come with a 16-core processor. Plus, it will include 8 GB of RAM which is the minimum requirement for most gaming PC’s.

The Smartphone is believed to display a 4K display resolution which is very similar to recently released Sony Xperia Z5 premium and upcoming Galaxy S7. Reportedly, the phone is supposed to sport a 6.0-6.2-inch screen. Samsung’s president, JK Shin, has stated that many large screen phones will be released by Samsung in the future. By producing and selling large phones, Samsung will “offer a better viewing experience combined with “productivity on the go.”

When it comes to the camera, the phone will reportedly have a 30-megapixel rear facing sensor with a 16-megapixel front facing camera just for selfies and video chat. Tech Times reported that a 7-megapixel selfie clicker is also rumored.

The battery of this device is believed to be a 4,200 mAh unit. Additionally, it will now have the wireless charging feature. This mechanism is supposed to offer 40% of battery life within four minutes of charging the device.

To wrap it all up, Samsung is reportedly thinking of including a retina or iris scanner in addition to the fingerprint scanner which is already included in many Smartphone. The Galaxy Note 6 will also offer a dust and shock-proof interior, with internal storage options from 16 GB, 32 GB, 64 GB, 128 GB to 256 GB. The date of release and the price of Galaxy Note 6 are rumored to be $1,100.

When it comes to the rumor mill, insider reviews and sneak peeks of phones like the iPhone or the upcoming Galaxy sell like hot cakes. Same is the case with the Galaxy Samsung Note 6. Those new to the phone world, note that the Note 6 is the sixth phone in the pioneering range of Smartphone by Samsung called the phablets. These phablets sport the features of both the tablet PC and a Smartphone, hence they are a hybrid.

Previous How Far Is Going Too Far When Spoiling Your Pet Dog?

Next What Every Homeowner Should Know About Septic Maintenance

Get Great Discounts and Coupons On Lingerie and Intimate Wears 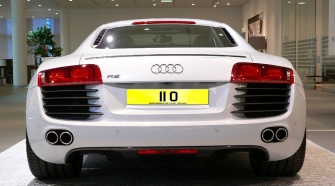