Proper Weight Ensures For A Better Health And Longer Life

Manufacturing processes in the automotive industry have changed drastically over the past 50 years, due in large part to the major advancements in computer and robotic technologies. While the rise in automation in vehicle manufacturing has its downside, the resulting changes in the manufacturing dynamic have led to new opportunities and allowed vehicle production to evolve in new and innovative directions.

The Evolution of Vehicle Manufacturing

In the 1960s and 1970s, designing a car entailed physically sketching the design out on paper. If you were a designer, you not only needed to be expert in the mechanical and physical technology needed to create a working vehicle, but you also had to be a pretty gifted artist. As computers began to make their way into the manufacturing process in a number of industries, including the automotive industry, the computer screen replaced paper as the medium for new car design. Computer-aided design, or CAD, debuted during this time, and is today used in both 2D and 3D designs, allowing you to see vehicle mechanics and overall design in three dimensions.

Computers and robotics have all but replaced the people who formerly assembled vehicles, streamlining and speeding up production, improving quality control and allowing steps forward in manufacturing that may not have been possible without it. Not only can parts be mass produced, but it is also possible to produce customized pieces on demand to repair particular vehicles or solve specific problems. A prime example of this is the transducer load cell. Manufactured by Transducer Techniques, transducer load cells are utilized within vehicles to convert a mechanical load or force within the vehicle into an electrical output signal. A variety of different load cells are available based on unique needs, such as in the one-off testing of a vehicle, the designing of a test machine, and real-time testing on a race car’s suspension.

Making cars less expensive has also driven many of the changes in car design and production over the past 50 years or so. Back in the 1950s, innovative cars such as the Hudson Hornet contained very little in the way of electronics; the small electric motors that power things such as the windshield wipers were simply too expensive to produce. In the 1980s, during the heyday of the Chevrolet Camaro, electronics were powering not only the windshield wipers but also elements of the carburetor. By the time the 1999 Ford Taurus came along, you have a car being all-but-run by electronics and computer processors; small electronic sensors are peppered throughout the car and, being relatively inexpensive, do little to affect the overall cost.

Manufacturing techniques and the use of new materials also pushed vehicle manufacturing forward. To utilize the same car examples, the Hudson of the 1950s was filled with metal – even its air filters were metal! The Camaro and the Taurus utilized paper air filters and plastics throughout.

Technology across the board has propelled the automotive manufacturing industry into the future, opening up opportunities for designers and manufacturers to produce safer cars, cheaper cars and more innovative cars, at a steady rate.

Next How Often Should You Change Your Air Filter

On The Road Again: 5 Cities Built For Commuters 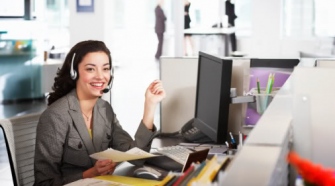 Why You Should Consider Hiring A Virtual Receptionist