Global Negative Interest Rates What They Mean For You

Instructions To Download And Play Clash Of Clans App

Dubiety Precede Saliva Test for Autism, Scheduled to Be Accessible by July

Concierge Healthcare: The Future Of Telemedicine

I think it’s fair to say modern effects and film storytelling have taken thrills, chills, and spills to the next level. This trend towards action has led to some riveting, hilarious, intense, and even heart-warming car-based films over the last decade or so. So without further ado, here are five of the best of them.

The 1970’s Formula One racing scene was dominated by one thing: the intense rivalry between drivers James Hunt and Niki Lauda. This film captures that rivalry from its inception in low-tier racing in England, all the way through to the dramatic turn of events that completely re-shape Lauda’s world. There’s racing, sex, and an intense rivalry spearheaded by great performances from Chris Hemsworth and Daniel Bruhl.

This is a film that isn’t even live action, but the sheer love of cars is evident throughout the story. Whether it’s the intense racing scenes that begin and end the film, or the callback to the road-tripping heyday of Route 66, or just the sheer variety and number of actual cars used as characters within the story.

Though, as Pixar goes, the story maybe lacks a little bit of staying power, it is still a great watch.

Just because we’re all tired of Will Ferrell, doesn’t mean this film isn’t worth your time. Aside from Anchorman, this may just be the funniest film he has starred in. There’s epic NASCAR races, southern-fried accents, southern-fried food, and a family so dysfunctional that it’ll bend your perception of what it means to have good friends and good children.

Also known as the film in which Ryan Gosling proved he wasn’t just a pretty face for romantic movies, the story of Drive revolves around a driver who gets paid to help criminals dodge pursuing police. In particular, there are two car chase sequences that are very well filmed. Though, you may take issue with the fact that the pace between actions sequences is so nuanced that some detractors might call it glacial. If you enjoy art house film, then you won’t mind.

A retired getaway driver’s past catches up with him and hilarity, as well as some awesomely shot driving sequences ensues. With a cast featuring Bradley Cooper, Kristen Bell, and Michael Rosenbaum, you know it can’t really go wrong. Unfortunately, it was only a limited theatre release, which means it’s quite possible you’ve never even heard of it. If you’re keen for an action comedy with awesome cars and car chases, then this just could be the one for you.

Plus, isn’t cars turning into robots, blasting the crap out of each other, then driving off into the sunset the ultimate dream of every car owner?

Terry Simon is a car and film enthusiast who thinks the Range Rover Sport performance is only matched by that of Leo DiCaprio’s in The Wolf of Wall Street.

Next What Are The Physical Qualifications For Truck Drivers And Why Are There Standards?

Will Your Child Have A Summer To Remember?

How To Choose A Roofing Contractor

Protecting Your Garden This Winter 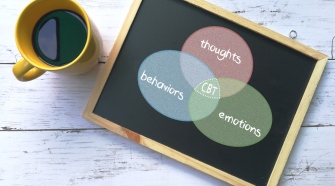 The Benefits of Cognitive Therapy