Chemotherapy And Surgery In India

How To Remove Stress From Life With Pets?

What to Wear to Your Office Holiday Party?

3 Reasons To Use Cheap Web Hosting

America is responsible for a massive portion of the world’s trade, including cargo shipping. Besides the massive vessels that transport goods between the nations of the world, America has all manner of military, government, commercial, and private ships journeying to and from its shores. At any given moment, there are countless organisms being dumped into American shores, making their way upriver, and into lakes. This crisis can, however, be monitored and resolved through the use of cutting-edge technology and Information Technology services.

The Problem with Zebra Mussels

These tiny molluscs are among the most fiercely colonizing species in the world. They can reproduce at an alarmingly fast rate, and will commence carpeting many square feet with their tough shells. They clog water pipes, drains, the propellers of ships, there aren’t many surfaces that a zebra mussel cannot propagate upon and inhabit.

Most indigenous aquatic species can hardly keep up with their reproductive rate, which consequently causes the majority of a lake’s nutrients and food to be rapidly devoured by them. Whole groups of native crabs, clams, and oysters will then perish as a result.

The Zebra Mussel’s Journey to America

One of the direst consequences of this unchecked bioinvasion was the introduction of the zebra mussel in 1986, thanks to a ship traveling from the Black Sea, which unknowingly dumped a massive amount of these tiny molluscs into Lake Erie. From here, these molluscs found their way through waterways (and were also continually transported through water ballast) to the rest of the Great Lakes in North America, including Lake Superior, Lake Ontario, Lake Huron, and Lake Michigan. They have even made their way into the Hudson River in New York.

This freshwater mussel is a native of Russian and Ukrainian lakes. The fingernail-sized mollusc takes its name from its black and white stripes which are a common print found on its shells. Following the fall of communism and the reinstatement of global trade in the 1980s, these tiny mussels began being transported all across the planet thanks to water ballast. They have made their way to Spain, Sweden, Italy, Great Britain, North America, Hungary, the Czech Republic, and Netherlands.

Networking as a Solution

As the zebra mussel has become such a proliferated issue on such a global level, water-based authorities have now begun relying on Information Technology and Networking businesses to instate a global watchdog system which monitors the levels of this organism in the world’s lakes and rivers. Through the usage of advanced electronic sensors and monitoring equipment, commercial divers and small submersible devices can now scan lakes to estimate the number of zebra mussels present.

This information is then relayed back to a global server which will raise alarms once the levels of zebra mussels reach destructive levels, and water authorities can then commence efforts to begin culling this invasive species from overtaking local populations and endangering native species and their habitats from extinction.

How To Build An Illustrious Career In The Field Of Geotechnical Engineering? 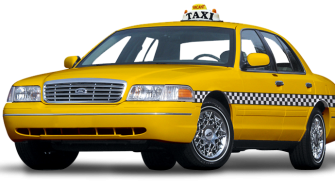