How Exercise Could Help In The Fight Against Depression

Bunk Beds: Need, Types and Demand in the Market

4 Home Safety Concerns To Prepare For This Winter

As you know, the Greek capital is famous for its unique antique sights and magnificent museums. However, only few people know that the world’s first botanical garden was created in Athens! This happened in the IV century BC, and its founder was Theophrastus – a pupil of Aristotle.

Nowadays, the city features several unique green oases that promise to be in touch with nature and away from city noise, which allows getting pleasant relaxation during a break between long sightseeing walks around the city.

Athens offers several options that can be a place of rest during a hot summer day. Let’s check them out…

There is no better place to relax in the heart of Athens than the National Garden. This is a real oasis situated behind the parliament building, which will give you pleasant minutes in the shade of ancient trees. 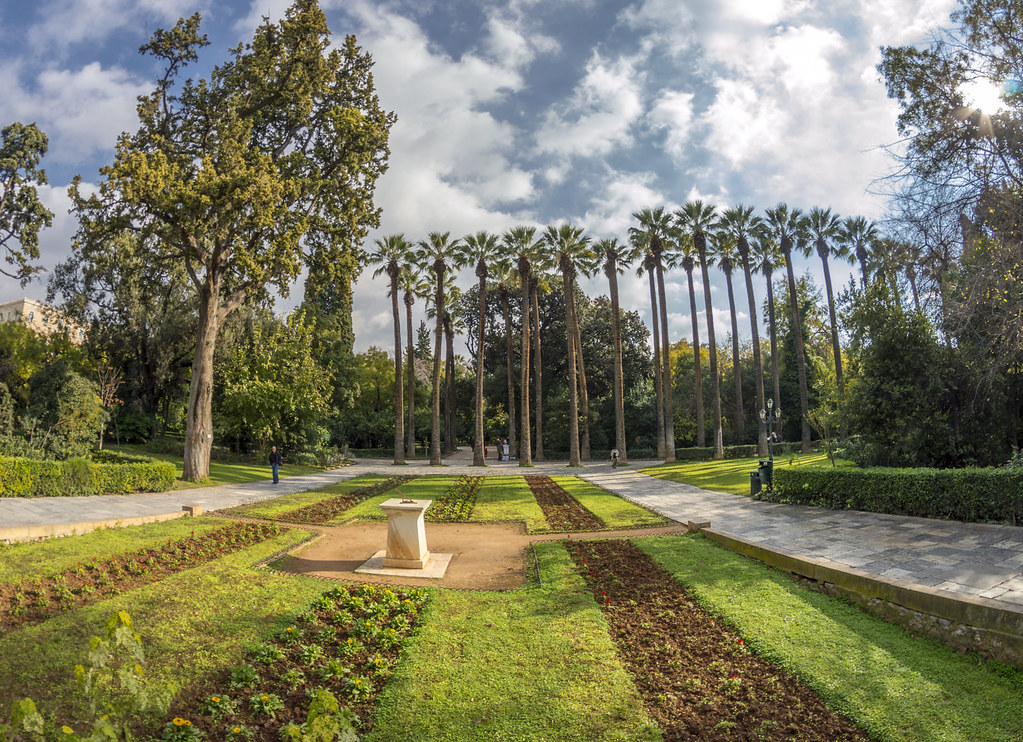 The formation of the garden began in 1839-1840 by planting 15,000 ornamental plants brought from Milan. Then the plants came from Europe and North Africa, and, of course, from different parts of Greece. In 1923, a garden of more than 15 hectares became public property and was renamed to “National Garden”.

Today, the visitors of the garden can wander along shady paths, relax in a cozy gazebo or on a bench, admire hundreds of species of trees, shrubs and other plants and some species of animals and birds, ponds with turtles and fish, traditional buildings, antique fragments, solar clocks and busts of outstanding Greek personalities. There is also a children’s library and a children’s playground on its territory.

The National Garden is open daily from dawn to dusk.

Covering the area of ​​120 hectares, Park Tritsi is a part of the territory acquired by the royal family in 1848 to build the Center of Agriculture and Livestock. With easy access both by car and public transport, Park Tritsi is located between the municipalities of Ilion, Agioi Anargyroi and Kamatero. 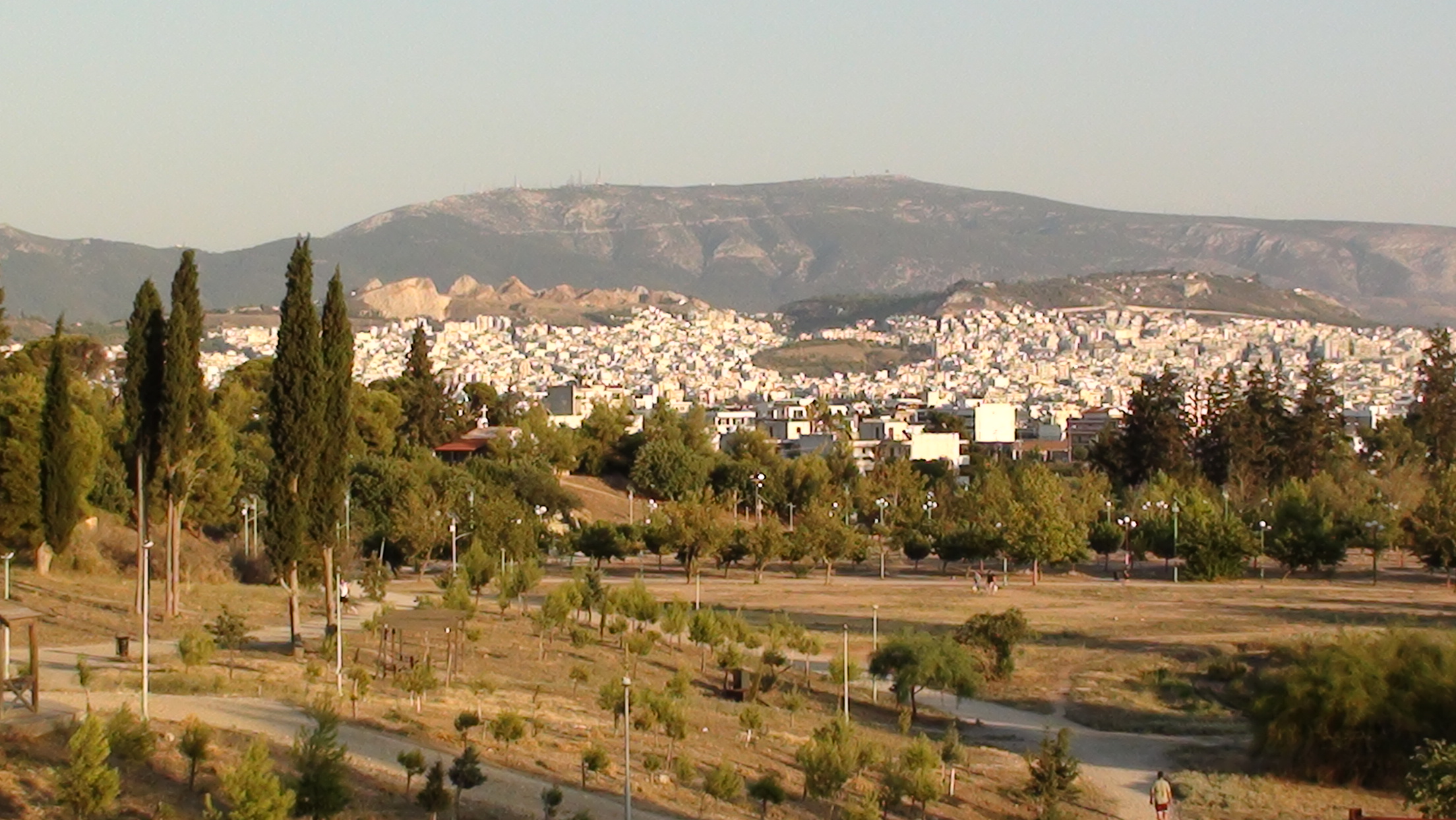 Six park reservoirs are an oasis for 177 species of birds, including rare species. In addition to birds and rich flora and fauna, the park features a horse center, an exhibition of reptiles, an ecological bookstore, a library, a branch of Greek scouts, two churches and street theaters.

Except for leisure walks, the visitors of Park Tritsi can explore the paths on a bicycle, relax with their children on the playground, organize a picnic or visit any of the educational environmental programs carried out by the Greek Ornithological Society.

Situated near Megaro Moussikis concert hall, the blossoming green garden Parko Eleftherias offers its visitors some of the most refreshing musical evenings in the city.

The garden opened its doors in 2010 and gradually turned into one of the most popular summer relaxing spots. Parko Eleftherias attracts people of all ages not only because of the opportunity to escape from bustle and dynamic city pace, but also with a variety of artistic and educational events organized in the concert hall. 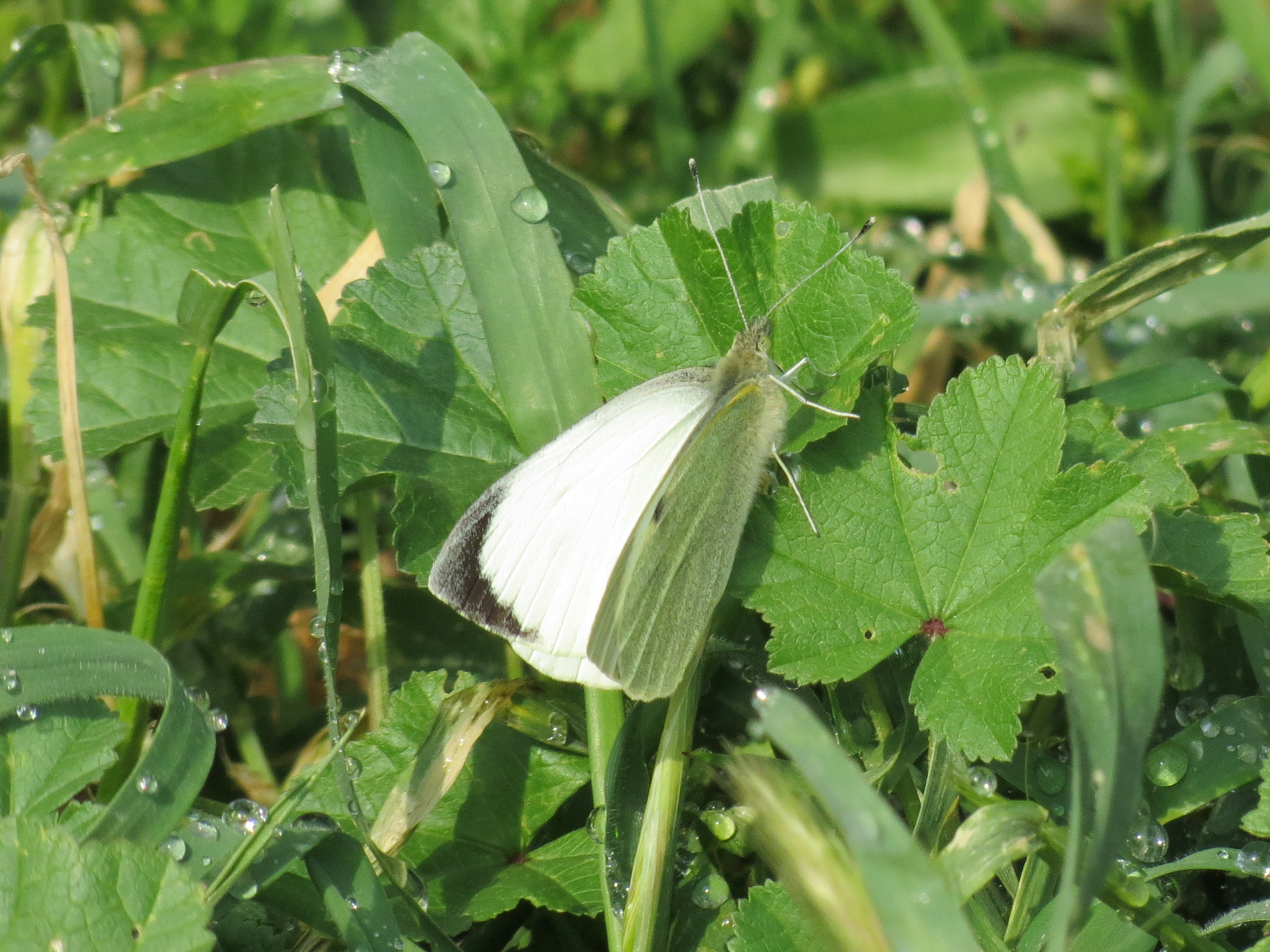 Speaking of plants growing there, the emphasis is put on such perennial species as oak, carob, acacia, orange tree, magnolia, etc. In addition, the plants are selected in such a way to ensure continuous flowering throughout the year. Laurels are planted around the perimeter of the garden, which protect its interior part from pollution and noise giving it even more aesthetic value.

Parko Eleftherias is open to visitors daily from 10am until sunset.

Diomidous Botanical Garden is perhaps, one of the least known green corners of the city – even many Athenians don’t know about its existence. Nevertheless, one of the largest botanical gardens of the eastern part of the Mediterranean, located just 8 km from the center of Athens in the area of ​​Chaidari, not accidentally attracts the attention of many foreign scientists. 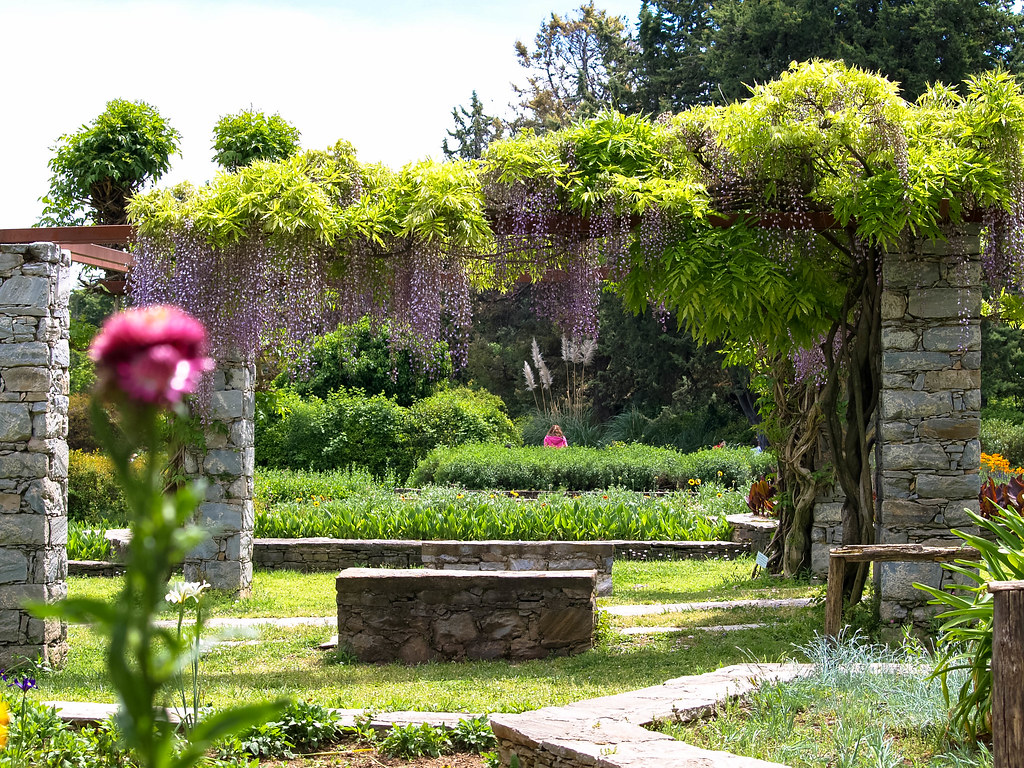 The garden consists of natural ecosystems (flower beds, groves, etc.) with more than 3000 plant species, planted according to the specific categories. One of them is a unique ‘historical’ sector, which includes the plants mentioned in ancient texts.

The garden’s admission is free of charge. The central entrance is situated on the side of Lera Odos 403.

Plato’s Academy Archeological Park is a synthesis of nature and ancient history. This unique place is famous for the Academy, which was created by the great ancient Greek Plato in 387 BC. More than twenty centuries ago there were philosophical discussions on the territory of this park.

Nowadays, the park keeps the remains of buildings dating from the Bronze Age till the middle ages. Around the ancient ruins you’ll find a green grove with trees and shrubs, sports and children’s playgrounds. About two years ago a unique Digital Museum of Plato was opened in the park, which unfolds the story of the life and work of the great ancient Greek philosopher. And today, as in the time of Plato, the park serves as a recreation area both for the Athenians and visitors of the capital.

By the way, the entrance to the territory of the archaeological park-monument is free of charge. 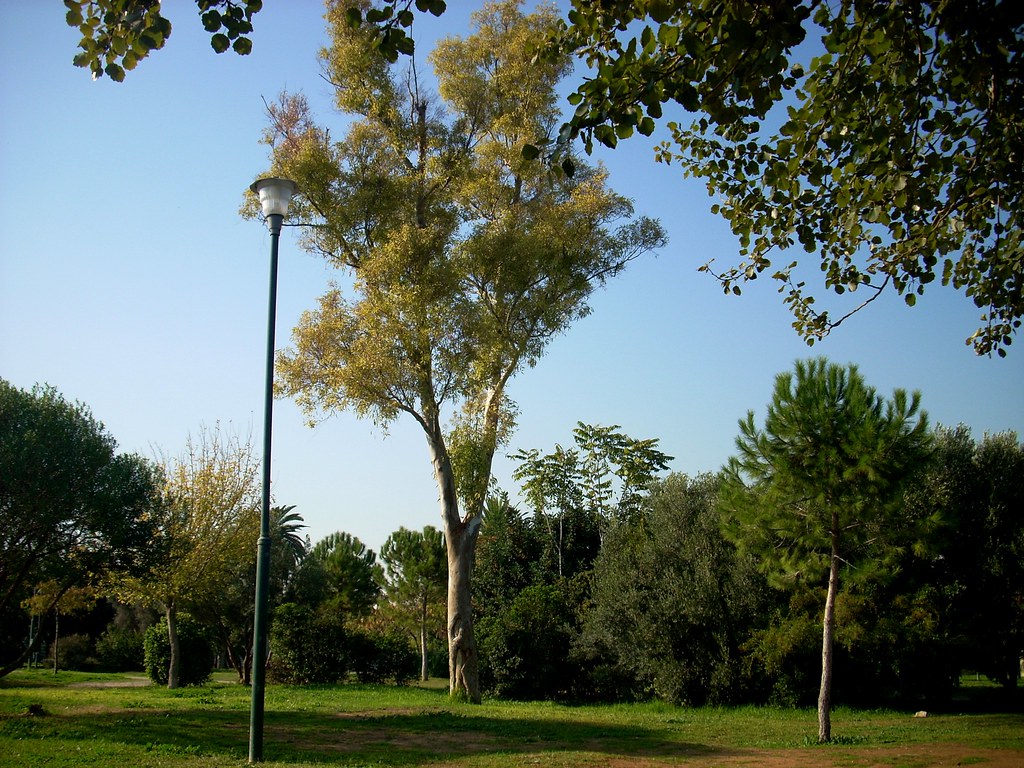 A walk in the park or garden of Athens is a great way to relax and escape from the boiling life of the city. So, it will be an excellent idea to rent a car in Athens and set off to any of these amazing parks, which are real oases in the heart of the noisy and dusty city.

Previous Do You Let Your Kids Pick Their Own Toys?

Next These 5 Lentil Recipes Are A Must Try!

What Makes Delhi Such A Fascinating City?

Best Foods For Your Kids To Eat For Healthy Teeth

The Ultimate Guide For Buying Men’s Shoes – Stay In Style!

How To Look For A Good Dentist In Coral Springs? 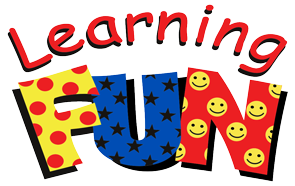