The Role Of Clenbuterol In Weight Loss and Its Side Effects

The Need Of SEO Campaign In Organizations

Video games are among the greatest things that arrive in the modern society. Games are becoming more and more ambitious. Comparing Pong from 40 years ago with the popular adventure game The Last Of Us may show us how huge the gap is. There are new innovations that are being introduced in the video game industry and we should be excited about it. The elaborate storyline and amazing graphics are things that people are waiting for from video games. This is so much different compared to how much simpler and more straightforward things were when we play games as young children. For many people, modern games are too challenging, because they simply don’t have the capacity and skill to keep up. Older people will be struggling in vain to remember all the tricks and where the buttons are. Walk by moving the left analog, then hold X to sprint. Aim with L2 and shoot with R2, but shoot with R1 while driving, because R2 is now the accelerator. Things can be incredibly complex for many people. Although could be fully trained eventually, they think that it’s not worth effort. Even seasoned veterans could complain about the increasing complexity of modern games. Things are not as intuitive as Super Mario Bros was in early 1990’s. Game developers want to make a breakthrough with each game release and they can’t afford to keep things simple for too long, due to the competition in the game industry. For many gamers, simplicity is still an appealing factor. This is the reason what many people are still eager to play retro games that are still appealing despite their simplicity.

Simplicity isn’t a simple matter when it comes to playing games. Fortunately, retro games have that in spades. It is true that there are many casual games for mobile devices today, but they are often poorly made and have shallow storyline. Even the old Super Mario Bros is consisted of many levels and it’s something that can be matched only by a few modern casual games. Retro games offer a good combination between rich game experience and simplicity. For people who want to still enjoy decent 3D graphics, they could choose PS 1 and PS 2 games; as well as PC games made after 1999, but before 2006. These games can be played quite easily by affordable desktop computers. For old console games like Gameboy Advance, Sega Genesis and Super Nintendo Entertainment System; any current mobile device can play them. Emulators are freely available in Google Play Store, while ROMs for each individual game are distributed quite easily. Adventure games and RPGs for these games can provide comprehensive story lines, without too much complexity. They may still have 2D graphics, still quite decent even for today’s standards. We may choose early Final Fantasy games, as well as other iconic titles, such as Mario series and Zelda. However, fighting and action games can be played more easily with real controllers, instead of virtual controllers on the touchscreen display. The graphics may not be comparable with the latest games, but the feeling of nostalgia can be quite immense. 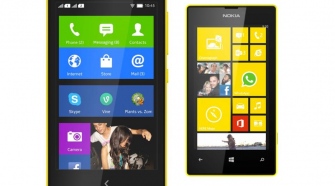