6 Ways by Which You Can Get Rid Of Stress Naturally

Among alternative fuels, biodiesel is one of the most researched. With a number of adjustments, it has been shown that biodiesel is able to perform similarly or nearly similar to standard fossil-based diesel fuel. This should benefit the environment and our lives. Various biodiesel production methods have gone through rigorous experimentation. It is clearly a myth to say that biodiesel doesn’t perform similarly as normal diesel fuel. Biodiesel has the advantage of being able to be used directly in existing fuel injection equipments and engines. However, biodiesel tends to have higher cetane number compare to normal fossil diesel fuel. Biodiesel is known for its superior lubricity, as well as providing satisfactory torque, horsepower and consumption rate. Many owners of diesel cars are concerned that biodiesel will cause blockage on filters. In reality, no modifications are needed on fuel system or engine. However, some of the seals, hoses and gaskets may need to replaced, because incompatibility with biodiesel. If used for a prolonged period of time, leakage may occur. Biodiesel has higher solvent properties. If blockage does occur, it could be because deposits accummulated on fuel lines and fuel tanks are being removed.

It means that biodiesel isn’t only cleaner for the environment, but also for our car’s internal systems. After using the car on biodiesel for 1000 miles, we should check all filters. Of blockage does occur, filters can be cleaned or replaced. Eventually, as our car’s internal systems get cleaner, no more blockage will occur. Blockage can be determined when our diesel engine is running a bit roughly or when it seems to lose power momentarily when we drive the car. When we decide to use a blend of biodiesel, we should have a spare fuel filter, especially if we can replace it on our own at home. However, we should have the necessary know-how and tools to accomplish this task. Another myth that is prevalent is that seals and engine gaskets can be degraded after repeated uses of biodiesel. There are obviously chemical property differences between biodiesel and fossil diesel fuel. The production of biodiesel is essentially an accelerated process and it’s no longer takes millions of years to create crude oil. Certain natural rubber compounds and elastomers can become softer or degraded when exposed continuously to flowing biodiesel. If we don’t want to replace seals and gaskets, it is a good idea to use a blend of diesel fuel with lower proportion of biodiesel.

Because there are different raw materials and processes for producing biodiesel, it is often thought that there’s no standards for biodiesel. Since 1994, there were early standards on the specifications of biodiesel. The latest specifications of biodiesel can be obtained from American Society for Testing and Materials (http://astm.org). Another myth says that because biodiesel is a recently produced organic material, it has shorter shelf life. Based on common standars, biodiesel can be used six months after production. The use of biodiesel shouldn’t void warranty as long as we follow the manufacturer’s guidelines about the proper blend for the car.

Next How To Get Perfect Negative Space Eyeliner

How Designer Kurtis Can Refresh Your 2017 Festival Season

Safest Way Is To Use Technology In Debt Management 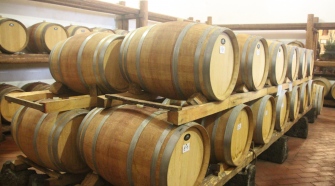