How To Score Well In Quantitative Aptitude Section Of SBI PO 2018?

Following a difficult few years, it is now becoming much easier to sell your motorcycle. Demand is the highest that it has been in a number of years, with statistics indicating that more than 484,000 were sold in the United States alone throughout 2014. This represents a 3.8% increase in the sale of motorcycles during the course of last year.

Because of this, it is very much a seller’s market at the moment. However, without knowing where to start it can often be difficult to sell anything at all, never mind a specialised item like a motorcycle. Here we look at three of the best ways to sell a bike, and a few of the benefits that each offers.

For those who want to sell their bike as quickly as possible, there are few better options than an online motorcycle buyer. Companies like TheBikeBuyers aim to take all of the stress out of the processes involved.

They will give you an extremely quick quote based on the information that you provide to them, in addition to being willing to match that quote with cash offer practically immediately. Furthermore, some will even pick up the bike once a price has been agreed.

An added advantage for online motorcycle buyers is that many of them will also buy damaged or wrecked bikes as well. This makes them an excellent option for practically any seller.

If you are part of a biking community you may find that your bike could generate interest amongst people that you already know. Try spreading the word to a few friends and see if they can generate interest through word of mouth. It doesn’t take much effort on your part and, best of all, it’s completely free.

You can even target who you tell based on the type of bike and the ages of the people you talk to. Statistics indicate that there has been a marked increase in the average age of motorcycle owners. Originally seen as a young person’s pursuit, biking has increased in popularity amongst middle-aged men so that the average age of a biker has changed from approximately 27 years old in 1985, up to over 40 in the current day.

Take this information and use it accordingly. Just because you have a younger friend who isn’t interested in motorcycles, it doesn’t mean that their father or older friends won’t be.

Whether you do it online or off, it is important to advertise that you have a bike for sale, especially if you want to attract a private buyer.

A number of resources are available for those who want to advertise online, with the likes of eBay and biking-specific websites being extremely popular.

However, if you want to appeal to that previously mentioned 40+ demographic it is a smart idea to take advantage of biking magazines. While only 9% of Americans claim to read magazines at all on a semi-regular basis, they are more popular with an older demographic than younger buyers. As such, you may find you can more readily appeal to this market with an advert in a magazine.

To conclude, there are many different avenues that you can explore if you want to sell your motorcycle. The key is to choose the best one for your situation and the bike itself to make the most amount of money from the sale.

Previous Who Will Buy My Broken Car?

Next The Comprehensive Massage and Facial Services of Massage Envy

FIFA 15 For Android—Fun And Packed With Features

How To Improve Your Google Ads Keyword Quality

The Frightening Power Of Substance Abuse 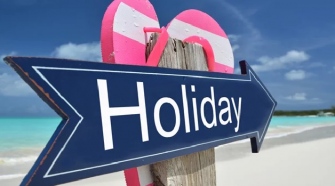