Tips To Hire A Family Lawyer

Necessities Of Mechanical Repairs For Maintenance Of Your Car

9 Benefits To Attending A Faith-Based College

Islam is an absolute way of life; every aspect is planned by the Creator. Islam embraces women in extremely high esteem. According to Islamic rules the women has to wear clothes which cover their whole body as well as face. Their modest wearing is consisted of many dresses which give them elegant look. In Islam women, girls and teenagers every lady has to wear the Islamic clothes.

The Muslim women dress refers to the Islamic head covering dress and its essential religious precepts. These dresses are of full-length, cloak-like outer garment which covers the whole body except the feet, head, and hands but in some countries women have to cover their face also. There is a vast variety of Muslim women dress which they wear willingly, here is the list of some most common dresses:

Next What Are the Safe Ways to Enjoy A Road Trip?

Basic Elements Of A Solar Power System You Should Learn About

Meet Sandra Balan – One Of The Finest Real Estate Agents

Why We Should Choose Used Cars From Japanese Manufacturers? 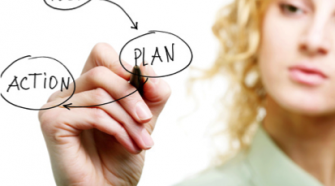