Consider Muay Thai As A Good Option For Weight Loss

Small Business Merchant Account Has Some Ecommerce Solutions Too

WHAT CAN A LOCKSMITH MELBOURNE COMPANY DO FOR YOU?

Microsoft Azure is one of the widely accepted cloud computing platforms that offer a great option to businesses for building, deploying and managing applications and services through a global network of Microsoft. It is a great and growing collection of various integrated cloud services such as analytics, computing, database, mobile networking, storage and web. These services enable businesses moving faster, achieving more and also saving a huge amount of money. Any IT developer can become more productive with the use of Microsoft Azure as it supports a widest collection of operating systems, programming languages, frameworks, databases, tools and devices. There are also several Azure monitoring tools that monitor data via Azure API, so you can receive accurate metrics. These monitoring tools are very useful for MSPs.

Microsoft has recently launched many amazing features that can result in more productivity of the business. These features of Microsoft are highly incredible and lets user do their works more effectively. Azure has recently close integration with the Akamai CDN with which Azure users will be able to programmatically deploy content in Akamai CDN and will also be able to buy Akamai offerings through their Microsoft Azure service portal. However, Microsoft has its own CDN but integration with Akamai will definitely give users a great option of easy application deployment.

Microsoft has also integrated PowerShell with it and released Azure PowerShell 1.0 few months ago. This is a major milestone for Microsoft Azure and it will enable users to manage Azure services and resources from the command line instead of a GUI. Azure has also added a support for Google’s Go and Web apps. If you are a fan of Google’s Go than Azure is definitely the best platform for you. However, only Go 1.4.2 and Go 1.5.1 are integrated but other version will be added very soon.

Initially, Azure backup was designed to backup VMs, Hyper-V and their associated data volumes and beyond that no data backups were allowed. However, along with its new features Microsoft has grown to support several other products as well. Microsoft Exchange, Windows Clients, SharePoint Server and Microsoft SQL Server are some of the servers that are now supported by Azure backup. Azure has also offered Azure File Storage which is very helpful for performing conventional Windows files Shares. Using SMB 3.0 protocol users can perform various sharing tasks. One of the best benefits of Azure File Storage is that it can be mounted anywhere and it allows on-perm and cloud applications to share storage and data in a familiar manner.

However, level of SMB support is limited because windows 7 supports SMB 2.1 protocol, therefore it is not possible to use latest Azure File Storage feature in that. Windows 8, Windows 8.1, Windows Server 2012 and recent Linux distributions support for SMB 3.0 and users of these devices can efficiently get benefits from Azure File Storage. Azure ExpressRoute is another very useful feature of Microsoft Azure. It lets users connect their data centers with Azure via a private link and data does not travel over the internet. The major advantages of this feature are security, higher reliability and lower latency.

3 Keys to Traveling with Younger Children

How To Boost Brain Power and Sharpening Memory In College 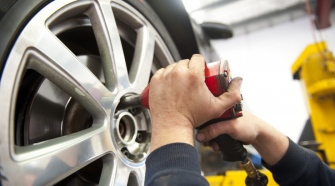