Safest and Healthy Body Building Supplements With No Negative Effects

The factors that encourage developing countries to accept financial assistance, which invariable have some strings attached, are not so talked about as the reasons that prompt donor countries offering assistance. Perhaps, the main reasons are economic in nature. Usually, developing countries are inclined to accept such propositions, generally offered by economists of developed countries, on realizing how successful such proposals proved in certain countries like Israel, Taiwan plus South Korea. Often, the cases where such aid failed to bring the desired results are overlooked. Countries accepting aid believe that the same  is vital and necessarily required for their development. It enhances their sparse resources, allowing them to change their economic structure and helps their economy to grow. Therefore, the economic rationalization that enables  less developed countries (LDC) to accept aid is mainly based on their recognition of the opinion of donor country as to what the underdeveloped country needs to encourage its economic development.

The Problems We Often Meet

Disagreements often arise not due any discrepancy concerning the purpose of aid but because of its size and conditions. It is not difficult to understand that LDCs prefer getting more aid by way of long term loans with lower rates of interest or as absolute grants with minimum strings attached. It means not getting dictated by donors’ terms and allowing the countries receiving humanitarian aid to decide on their own what will help them the most in the long run. Regrettably, a good amount of aid coming in this manner is either wasted in unproductive projects like construction of sophisticated building for parliament or an outsized airport or is misappropriated by shady politicians and their associates. Past experiences tell us that critics of the traditional way of offering aid are right to a certain extent when they say that it encourages corrupt governments, wastes resources and gets manipulated by the rich at the cost of the poor is right. Many a time, LDCs have accepted aid just because they found it suitable as they were not to be held responsible. There are few leaders who strive hard to mitigate poverty. Perhaps, the best example of this would be Mozambique of the 1990s. The usefulness of aid with regard to widening of democracy to include freedom of press, rule of the law and anticorruption drives continues to be an unresolved issue.

Moreover, in certain countries, aid is viewed by the donor as well the receiver as a way of offering larger political power to the present leadership, enabling it to contain opposition and thus continue to remain in power. In such cases, aid is offered not only by way of transferring of resources and funds but also by offering internal security and military reinforcement. This tactic was employed in case of Central America during the 1980s.  The limitation of the country on accepting aid is that it finds itself difficult to get out of the disguised economic or political obligations to donor country or stop its government  from interfering in its internal affairs.

Lastly, whether it is for reasons of humanitarian responsibilities of the rich countries towards the benefit of their poor cousins or because of a conviction that the rich are morally bound to help the poor nations for having exploited them in the past, many advocates of foreign aid in developing and developed countries are of the opinion that the rich are not under any  obligation  to help economic or social development in LDCs. They usually connect this moral obligation to the requirement of more freedom for LDCs as far as share and utilization of aid is concerned. This was clearly demonstrated during 1992 Earth Summit held in Rio de Janeiro, when developing countries pressed hard for significant raise of humanitarian aid to allow them to follow environmentally sustainable development programs. Clearly, the idea was to remind the industrialized countries that since they were the main polluters, they had no right to warn the LDCs to check  their growth for saving the planet.

All in all, the least developed countries will certainly require additional help to get out of the cruel circle of poverty; new ideas are required to guarantee effectiveness.

Next Arsenal Eyes 24-Yeard-Old Paulista To Boost Their Season

Some Of The Most Enjoyable Movie Theaters In The US

Rake In The Old World Charm Of Cochin

How Does Addiction Affect Our Behavior?

The Nation’s Most Common Fridge Fillers 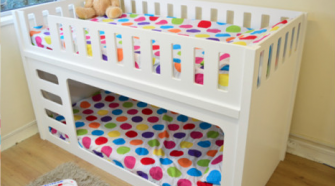