The Proper Benefits and The Usage Of The Medicine

The Comprehensive Massage and Facial Services of Massage Envy

Fantasy football is a lot of work and a lot of fun. In fact, if it was easy, it wouldn’t be so much fun. So if you’re in it to win it, you need to be prepared. We’ve got the tips you need to draft a great team.

If you focus too hard on the first round, you’re liable to get into the weeds quickly. Think about it: how quickly do stats change a few weeks in? It happens all the time. Teams that were on top start sinking and teams that hadn’t gotten their act together start playing like well-oiled machines.

Don’t put all your eggs in one basket

Running backs are stars. So are quarterbacks. It’s far too easy for fantasy players to expend all their resources to get one amazing running back and leave themselves with little flexibility in other positions. Don’t forget that running backs easily get hurt, so make sure you have some depth in that position.

Most years, Aaron Rodgers and Tom Brady take the top quarterback spots. There are usually around five stellar quarterbacks to choose from, but in round one, there’s a lot of difference in cost to get one over another. It all evens out by the third or fourth round, and you can get a perfectly good one for a lower price.

Know why you’re taking a player

Here’s the bitter truth: college team play means very little in the NFL. There are way too many amazing college players who became duds in the NFL, and NFL stars who never had a chance to shine while they were still in university. Make sure you know exactly how any choice fits your team and why you’re taking them based on real-world performance.

Get a draft kit

Do you have family and work responsibilities? Basically, do you have a life outside your fantasy league? Then you might need a fantasy draft kit. Not many of us have the time and energy to research everything the way we might like. A draft kit gives you resources and insight from people who spend all their time considering the options.

Defenses are amazingly unpredictable things. A defense that was on top last year could be near the bottom this year. Players, coaches, and training schemes change with every season, and schedules make a difference too. Don’t put too much stock in your defense.

Unlike running backs, wide receivers don’t get injured quite as much. The steady leaders in one season tend to be the steady leaders in the next. Mix and match some strong players and try to get three solid performers. Three solids are better than one explosive player who might get shut down this season.

Shut down your instincts

Some fantasy footballers grab players they know everyone wants so they can trade them later. The problem with this strategy is you might end up being too thin on important positions because you were busy getting trade options. Don’t weaken yourself on draft day — keep the whole season in mind.

You’ll get farther if you plan for someone to take all your choices before you can get to them. Other people in the league can be dismayed by this, and they may not keep up after losing their first choices. You need to be smarter. Have at least one and ideally two backups for every draft choice.

Next 5 Types of Malpractice and How to Avoid Them

5 Locations Where Your Waterproof Bluetooth Speaker Will Shine

The History Of Auto Repair 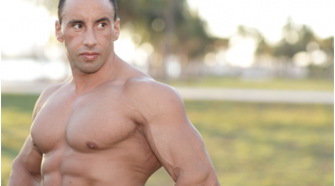 Weightless Is Now Made Easy and Simple