Backpack For Children: Expressing Style As Well As Substance

Why Video Marketing Is Important?

Building A Community Spirit: Fundraising and Events In Small Businesses

6 Update Tips To Set Up Your Home For Winter

Drink driving is a common offence throughout Australia. Once you’ve received your notice to appear in court, you have to get moving on coming up with a solution. Certainly, it’s nearly impossible to argue that you are not guilty. Chances are high you were caught in the act. You’ll have to show up for court and your sentencing will be based almost entirely on your blood alcohol level at the time of your arrest. Resist the urge to assume you’re guilty and that you can forego paying for a lawyer. The lawyer is still the one who can help you avoid the worst of the sentence.

It’s always tempting to represent yourself in a case like this because you want to save money. Resist the urge and just don’t do it. If you’ve been hit with a high range PCA charge you are in a fight for your life. To make sure that you are in the best possible position to get a lighter sentence. When you have a blood alcohol concentration of 0.15 or higher and have been charged with high range drink driving, the stakes are very high indeed. Since 2004, there has been a guideline in place that dictates the terms of sentencing based on the amount of alcohol in the bloodstream and how many prior convictions you have for drunk driving.

Sentencing Is Based on Guidelines

Before these guidelines were put in place, drink driving sentencing fluctuated wildly. In those days, people could get any sentence from being let off completely all the way to spending time in prison. Now the magistrates have to follow guidelines when a high range case is brought before them. Sentencing is based on whether it’s a first-time offence or a repeat. After that the determining factors are the concentration level, whether a collision happened or not, whether the driver was driving aggressively, the journey’s length, and the number of people who were put at risk by the offence. If it’s your first offence, there’s some leeway. You can still possible avoid the most serve penalties if you have a smart lawyer to work on your case. The guidelines can come in at the high end or the low end at the discretion of the magistrate. Your lawyer will frame your defence in a way that’s designed to get you the smallest possible penalties. They will plead your case so you are fully defended.

You should never give up the option of having a lawyer handle your case. This situation is way too serious and could impact the rest of your life. That’s not a gamble you should take. Magistrates want the world to know they don’t tolerate drink driving. If they go hard with you, it can turn into a prison sentence and a long disqualification. Your career will be in major trouble if this happens. You should do everything in your power to avoid the worst possible sentencing. That is your best move.

Previous Dealing With A DUI Charge In Glasgow

Next Facts Of Wine Glasses For Wine Lovers

Get Ready HGTV, There’s A New Designer In Town: How To Make Your Yard Pop

How To Make Your Wedding Night More Seductive 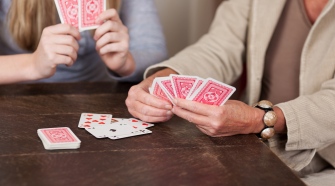