Unique Housewarming Gifts You Would Want To Keep For Yourself

Saving Other’s Is Indirectly Good For Your Health

What You Need To Know About Carpet Cleaning

Film editing is an important phase when making films. This can be a highly technical subject. Raw digital recording will need to be edited and enhanced so they will look much better. The end product should be wonderful and in some cases, we also need to surprise people. Bad editing job could cause a film to start and stop abruptly here and there. Film is more than just a continuous progression of images and sounds. It should be memorable and satisfying enough for viewers. Raw digital footage could become wonderful after being worked on by skilled editors and engineers. The editing should capture and convey the main messages in the best way possible. In fact, we could see film editing task as a form of art. With the current implementations of digital technology, film editing is often seen as the most important element. The finished product should be able to communicate the story line. Raw footage may need to be analyzed and interpreted, so they will become an integral part of the whole movie.

It could take days to complete a single footage, spending a lot of money and effort in the process. It is important to make sure that much of the footage can be included in the final product, without making the film drags on and feels tedious. Due to so much effort needed to complete the editing task, it may take months or even a whole year. Although editors don’t need to cut and splice pieces of cellophane anymore, modern film fans expect to see a lot more special effects. The digital work can be quite tedious to do. It takes a wonderful mix of skill and technical knowledge to make an impressive film that is enjoyable for viewers. Just like artists, editors also need to sharpen the craftsmanship and creativity to make the film looks wonderful. They need to move, add and delete so many scenes. The film need to evoke a particular emotion and all the scenes should be molded into a contiguous story line. Because the task is complex enough, it takes a complete education in film schools for people to learn the craft.

Regardless of the film, there are basic steps involved in film editing. The first step is usually the capture phase and it is where actual raw shots are compiled into a format that can be edited easily. There will be decisions that need to made about what sequence that will be used. There should also be proper sound mixing that can help to improve the story line. Once the film has been finalized, it will be released in high quality format for distribution. In the digital era, there are always new ways to further improve the editing process. For novice editors, it is possible to use various commercial software, such as Apple Final Cut Studio, Final Cut Pro, Adobe Premier Pro and Avid Express Pro. It is now even possible to obtain decent footage using latest smartphone models with excellent camera.

Next Steve Sorensen UBS Explains How To Become A Successful Businessman?

Affordable Course To Improve Your Level In The Field Of Photography 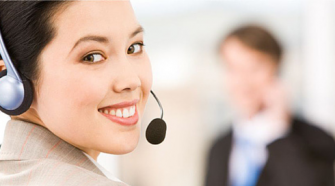