Dating Advice For Men: Tips For Getting The Girl

Simple Crafts To Try At Home

Misconception #1: An Eating Disorder is a Lifestyle Choice

An eating disorder often begins as a result of uncontrollable emotions or a life-changing event, rather than simply the result of dissatisfaction with how the body looks. The only choice a person with an eating disorder can actually make is the choice to seek out help. The road to recovery for someone suffering from an eating disorder is a long and arduous process that requires a lot of support.

Misconception #2: An Eating Disorder is a Way to Get Attention

Those suffering from an eating disorder are not doing it for attention. In fact, most people dealing with the disease go through a lot of trouble to hide it from their friends and family, or do not realize that they even have a problem. For this reason, there is often a delay of many years between the start of the disease and the beginning of treatment.

Misconception #3: Parents or Other Family Members are to Blame

When someone is diagnosed with an eating disorder, people often blame parents or other family members for how they interacted with the person suffering. However, there is no evidence that parents are to blame. The only evidence that does exist is the genetic link, in which the child or family member of someone with an eating disorder is more likely to deal with the disease.

The role that family and friends do play in an eating disorder is providing the necessary support while the sufferer is going through the treatment process. During this process, family members close to the person with the eating disorder sometimes go through a period of burnout, anxiety, and hopelessness.

Understanding the truth behind the development of an eating disorder can help more people get the help they need quickly before more serious consequences develop.

Previous Think and Act Tactfully For Your Daughter!

Next Essential Rummy Tricks To Ace The Game

Useful Tips To Handle The Case Of Patent Infringement 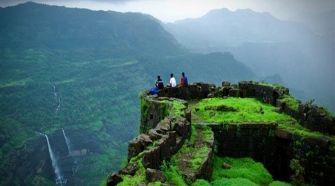