The Banking System In UAE

Crystal Palace were granted a dramatic reprieve yesterday when an intense afternoon of negotiations ended with an agreement in principle for the sale of both the club and the Selhurst Park ground. Crystal Palace administrator Brendan Guilfoyle had set a deadline of 3pm on Tuesday for the resolution of the stand-off between CPFC 2010 – the prospective new owners – and Bank of Scotland, but was satisfied when both parties confirmed their agreement shortly after 4pm. Had there been no progress on Tuesday, the process of selling players and liquidating the club would have begun. As it is, CPFC 2010, who are fronted by local businessmen Steve Parish and Martin Long, were on Tuesday night finalising the detail of a deal with PricewaterhouseCoopers LLP, who are the administrators for the stadium.

The main difficulty had surrounded the terms of a future sell-on clause for Selhurst Park with Bank of Scotland, who are the main creditors for the ground. CPFC 2010 have already reached agreement with the P&A Partnership – the club´s administrators – and must now hope that they can avoid administration through a Company Voluntary Arrangement. The takeover is dependent on concluding a deal both with the administrators for the club and the stadium. Throughout what has been a complex administration, we had remained hopeful that we could conclude a deal with a purchaser whose vision for the ground matched that of the community, the football club and its supporters, said Barry Gilbertson, a partner at PricewaterhouseCoopers LLP. Earlier in the day, hundreds of fearful Palace fans had gathered outside the London headquarters of Lloyds Banking Group, the parent company for Bank of Scotland, and at Selhurst Park in protest at the apparent deadlock. Yet having warned on Monday that the club was facing the prospect of liquidation, CPFC 2010 emerged with optimism after Tuesday´s developments. While it is not 100 per cent done we are confident that all the main barriers have been removed," said a statement. Guilfoyle was forced to make 29 staff redundant on Friday and was unable to fund the monthly wage bill.

An Artist’s Career: What Development Looks Like in the Art World

How Being A Retail Slave Taught Me How To Handle Businesses 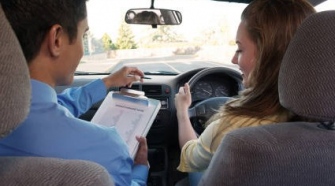