Where To Find The Best Car Service For Your Car?

After creating a successful startup, the next logical step is going public. Most startups want to go public. For some founders going public is the goal, the pinnacle of success. From the outside looking in, people often look at a company to see if they have gone public. And if it hasn’t, then people often wonder about its success. There’s this belief that for a company to truly be successful, it has to be public. But a lot goes into it. A lot of questions need to be asked first. There are some advantages and disadvantages to going public.

An IPO or initial public offering is when a company first sells its stock. When a company goes public, it means the people can now buy stock in the company. There are advantages and disadvantages to this. It is not just the public that can buy stock. Insider ownership is a calculation of the shares owned by those inside the company.

When a company decides to go public, they have a lot to do first. To go public, a company has to pretty much lay everything on the table for everyone to see. Doing this shows future stockholders that the company isn’t doing anything untoward and everything is on the up and up. The makes the public trust the company and want to invest.

All companies want publicity. Good publicity is preferable. The exposure a business gets from going public will bring in new customers. People who may have never heard about the company may become interested in what the company offers. Also, because the company has gone public, when stock traders and analysts speak to their clients, they can suggest the company.

When a company goes public, they can use the stock as a form of payment. Publicly traded stock can be used as payment in a variety of situations. This type of stock can be treated as currency. For example, when it comes to hiring new employees, offering them stock options gives the company a competitive edge. And it may make up for a low salary.

Before a company can go public, there has to be an audit to ensure that the company is doing anything illegal. After the company goes public, the cost of capital decreases. This is because now that it is public and has had its audit, it is easier to receive loans from banks.

The main disadvantage of an IPO is that the company’s founders can lose control of the company. When they are no longer majority stakeholders in their company, they no longer have control. Because the company is now public, the leaders of the company need to keep the public happy if they don’t, then new leaders can be voted in through shareholder votes.

An IPO is expensive. There are many fees associated with going public. There are expenses regarding regulatory compliance. Then there are underwriter fees. With underwriters, they usually take anywhere from 5 to 7 percent of the companies gross. Companies who want to go public will also have to contend with legal fees, auditor fees, registration fees, and printing fees. If the company wants to have a financial advisor, the transaction cost is even higher.

Previous 14 Swashbuckling Furniture to Give Your Home An Elegant Look

Fascinating Bridges Across the World that are Worth a Visit

How To Rock In Your Business Development Role- Some Tips!!

Some All Time Favourite RPG Games For Android 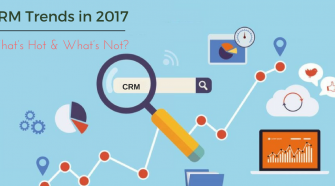