A Surefire Guide on How to Choose Comfortable Shoes

How To Gain Revolutionary Change In The Plant Growth?

Top 5 Reasons Why A Business Fails

How To Learn Factoring Trinomials?

New data from the latest house price sentiment index (HPSI) has revealed that almost one third of households in the UK believe that the value of their home rose in June, compared with only 4.4 percent who think it has fallen.

A little over 29 per cent of the 1,500 homeowners surveyed across the UK said that they were positive that value of their home had risen over the last month, the joint research from Markit Economics and Knight Frank shows.

These statistics gave the HPSI a reading of 62.5, down from the previous record high of 63.2 reached last month but it is still the fifteenth consecutive month in which the reading has been higher than 50.

In all 11 regions, households covered by the index reported that prices had risen in June, with those residing within London perceiving that the value of their homes had risen at the greatest rate at 71.9, followed closely by the East of England where the figure was 66.3.

The future HPSI, which is used to determine what households believe will happen to the value of their property over the next year, fell in June to 71.6. Whilst expectations for future price growth are still optimistic, this is the lowest monthly reading that has been witnessed in six months and is significantly lower than the record high achieved in May of 75.1.

Households across all regions expect the value of their properties to rise. However, the scale of anticipated house growth has fallen in nine of the eleven regions, with the North East witnessing the biggest fall, with the index dropping from 69.4 to 58.8. Expectations in London have also declined for the second consecutive month, with the index reporting the capitals expectations ar 77.8 in the month of June, down from April’s record high of 83.1.

“This month marks the first significant easing in house price expectations in nearly a year, and it is the biggest monthly decline since October 2011, suggesting a greater degree of caution by households,” explained Grainne Gilmore, head of UK residential research at Knight Frank.

“This may well be welcomed by policymakers amid discussions about the possible use of macro or prudential instruments or ‘cooling measures’, by the Bank of England,” she added.

“Interest rates have also become a hot topic over the last month, with several rate setters, including the Bank Governor, hinting that rates will rise sooner than the second quarter of next year, which is when markets were factoring in the first increase. The prospect of a rate rise before Christmas, with the uplift in mortgage costs for new and existing borrowers that would bring, may also be weighing on sentiment,” she pointed out.

‘June’s decisive fall in house price sentiment provides a strong signal that the UK property market is starting to cool amid greater scrutiny of mortgage lending and an increased risk that interest rates will start to rise before the end of the year,’ said Tim Moore, senior economist at Markit.

‘While house price perceptions hit record highs in six out of 11 regions during May, only the South East experienced a fresh peak in June. Moreover, in the majority of UK regions, house price expectations have now fallen back to their lowest in 2014 so far,’ he continued.

“Overall, it appears that the consensus view among households is for property values to continue rising over the coming months ahead, but not quite at the breakneck speed seen during the first half of 2014.”

Bradley Shore is an experienced real estate blogger, he has been blogging about property trends, property market, gand good property investments for a number of years, for clients such as Innovo Property. He aspires to one day run his own property blog, but in the mean time is focusng on writing for various clients.

Next The Benefits Of Hugging

Basics Of Your Structural Steel Fabricators With Strength & Durability 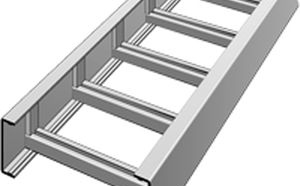