3 Must-Ask Questions For Your Painting Crew

Winter Skin Care Tips That Everyone Should Know

The latest alternative to smoking is vaping. It’s become quite the trend. These still provide the nicotine, but are said to have fewer negative effects on the lungs.

The Non Smokers’ Movement of Australia reports that training can increase maximal oxygen uptake by up to 20%, but smoking can reduce it by 10%. This supports that it is possible to be both an athlete and a smoker, but that smoking will likely interfere with maximum athletic performance ability.[1]

When you switch from traditional smoking to electronic cigarettes or to a nicotine vaporizer, you reduce many of your health risks. There is still a large lack of scientific research because it is still so new, but surveys are being conducted and new research is slowly developing on the topic.

Because nicotine vaporizers do not contain carbon monoxide, more oxygen is absorbed into the bloodstream. Lungs will not be affected severely by tar and hydrogen cyanide, which interferes with the cleaning system of the lungs.

Alternatively, the main concern with electronic cigarette smoking is that the user is still exposed to nicotine. Nicotine increases heart rate, blood pressure, and changes the rate of breathing, which could be problematic in an athletic setting.

Because most electronic cigarette smokers are transitioning from traditional tobacco products, they notice an improvement in athletic performance and lung function.

In one online survey, 70% of respondents reported an increased lung capacity after switching to electronic cigarettes. Around 20% of these people said that this increase was confirmed by a doctor, showing that switching from tobacco smoking to electronic smoking may have benefits for athletes (or anyone, for that matter.)

Two weeks after transitioning to electronic cigarettes, lung and heart function will begin to improve. After 1 month, sinus congestion and shortness of breath will begin to go back to normal, and cilia in the lungs will regrow, reducing coughing and nasal discomfort.[2]

The best solution to decreased performance due to tobacco smoking is to quit nicotine products entirely, but electronic cigarettes pose a viable transitional tool. They have far fewer negative effects on athletic performance and health, and can be used as a smoking cessation tool.

Next Choosing The Right Bed: Ways To Make Your Bedroom More Sleep-friendly 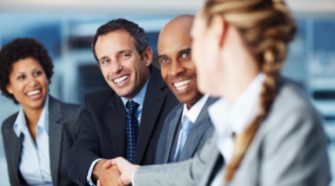 Financial Guidance At Its Best