Americans love cars. We love them so much that we can take for granted just how dangerous automobiles can be. By one count, more than 6 million car accidents happen annually, and thousands of those accidents end up being fatal. Driving while intoxicated and driving while on your phone are some of the most common causes behind accidents, but people also regularly do things like fall asleep behind the wheel or make blind left turns. In the immediate moments after an accident occurs, it’s common to feel a sense of denial or to think that it can’t really be happened. By that point, there’s no going back. Whether you were the cause of the accident or just the victim, you have certain legal rights that you should know about.

If You’re At Fault

If you have a sinking feeling that the accident was all your fault, then you may be tempted to spill everything to the police officers who respond to the accident. Be careful about that. You may very well have a legal obligation to call the police if someone was injured or if the property damage exceeds a certain amount, but that doesn’t mean you have to say, “Officer, this is all my fault.” It’s a fine line to walk, but you can cooperate with police and any other motorists who were involved without treating it as an opportunity to confess every driving mistake you’ve ever made from the day you turned sixteen. It’s quite possible you messed up and are partially at fault, but the other driver may have been playing Tetris while they were driving or something. Things are rarely as simple as they may seem in the heat of the moment. The police will have to launch an investigation to figure out what really happened. Don’t lie to anybody. Don’t sign a document without looking at it first. It’s better to say very little than to risk lying, because lying to a police officer is typically a criminal offense, whereas something like following too closely will generally only get you a written citation. If you want to take responsibility for a mistake, that’s admirable, but you typically need a lawyer to help walk you through that process. A lawyer knows the system better than you do, and, unless you’ve done something truly reprehensible that’s going to make national news, they can help ensure that you receive a punishment that’s fair but doesn’t ruin your life forever.

There are some car accidents where you can walk around the accident scene without any problems, and there are others where you know almost immediately that you’ve been hurt and will need medical treatment. It’s also possible that you’ll be too stunned to know for sure if you’re hurt or not. In that case, at least let a paramedic or EMT check you out on the scene. Adrenaline can do funny things to the human body, and you don’t want to go to sleep feeling relatively OK and wake up with a sore, stiff neck. Symptoms of whiplash can be delayed by 24 hours or more after the original trauma.

Once you’ve reported an accident to your insurance company, they’ll start their own investigation. States like California have something called comparative fault, which means that you may be able to recover damages from the other driver even if you’re also partially responsible for the crash. You don’t have to look for car accident lawyers until you feel ready, but remember that the clock is ticking from the minute the accident happens. You don’t have an unlimited amount of time to file a civil suit against any other involved parties, so it may be better to seek out a low-cost or free initial consultation as you work through your options. If your insurance company offers you a settlement, don’t assume that’s as much as you can get, especially if that amount doesn’t even come close to covering your medical costs. Remember that insurance companies often want to rush you through the process because that’s better for their bottom line.

Next StepbyStep Writing Your First Article for the Contributor Network

What You Should Know Before Buying Hot Water Systems? 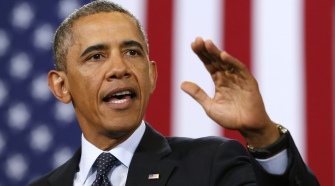