5 Inspiring Businesses You Can Start At Home

Make Your Loved Ones Birthday Memorable by Sending Gifts

Scotland takes DUI or driving under the influence convictions very seriously. If you have been charged with a DUI, you may be forced to pay stiff fines and penalties. Your license may be taken away for up to three years, and in some situations, you may even be facing imprisonment.

What Is a DUI?

An individual may be accused of driving under the influence or of a “DUI” when they:

b) Are operating a vehicle while impaired by a legal or illegal substance.

How Can I Be Proven Guilty of a DUI?

To be proven guilty of a DUI, the prosecution must be able to prove that the driver actually operated the vehicle while they were under the influence. This includes steering and controlling the vehicle while it was in motion.

The next issue that must be proven is that the individual was under the influence of a substance which inhibited his or her ability to safely operate the vehicle. This is most often done through the use of a breathalyser and an individual having a BAC of above 0.05%. However, law enforcement officers can charge individuals with a DUI even if they have a BAC below 0.05% and they suspect that the driver has driven the vehicle while under the influence of another substance. This includes whether or not they suspect you may have ingested a combination of a drug and alcohol.

What Are Your Options when Charged with a DUI?

If you have been charged with a DUI, you may be struggling between pleading guilty or fighting the charge. But these are not your only options.

Should I Hire an Attorney?

Attorneys such as Kilcoyne & Co. Solicitors (http://www.kilcoyne-solicitors.co.uk/) have recently seen an increase in DUI cases because of the recent change in Scotland’s blood alcohol content laws. But they have also noted that a number of these cases have been mismanaged or that the evidence obtained was done so improperly.

Before hiring an attorney, arrange for a free consultation with a lawyer who specialises in traffic laws and DUIs. He or she will be able to go through your case with you and explain possible avenues for defence and most likely outcomes. The attorney will explain why you may have all charges against you dismissed (such as the mismanagement of key evidence), or whether it is likely that you will be found guilty of a DUI. Make an informed decision and explore every avenue with the attorney before deciding whether or not you can live without your driver’s license or a criminal charge on your record.

Next Drink Driving Can Result In Major Consequences

Protect Your Car With Defence Detailing

The E-way Bill Is On Its Way 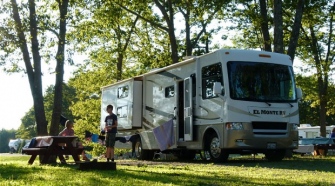