4 Ways Your Smartphone Can Secure Your Life

Following the situation of standstill, the businesses in India have thumped the gates of the GST Council to ensure the convenient arrival date of the e-way billing system. The new billing system was launched for a trial run on the 15th January. But the concerned taxpayers want the system to be fully implemented not before June 1st whereas the council wants the e-way bill to come into effect from February 1st.

The e-way bill will be implemented from February 1st for all the inter-state movements of the goods. The date is yet to be announced for the intra-state movement of the goods. On the other hand, the industries all over India are in the delusion of the unsystematic launch of the e-way billing system. For the successful implementation avoiding the chaos, the e-way bill needs to be launched uniformly all over the states of India.

Initially, when the Goods and Services Tax came into the effect, there was a struggle to cope, traces of which are still visible. Adding fuel to the fire, the e-way bill is also aboard now. The freshly proposed scheme might make the slow-moving businesses stagnant for a while. The government’s idea to make a head start with a trial was harmonious to all the businesses. But now people better gird their loins for the hustle and bustle that might come along the e-way bill for every business of the nation.

The blessings and perils

Although the people are finding it difficult to comply with such a flexible system of the taxation, there are some key points of the e-way bill to be taken into the account. Here is a list:

Barring a couple of advantages of the e-way billing system, it has temporary and minor flaws. As per the India GST bill latest news and the industry players, the sudden effect of the e-way bill on the intrastate movement of goods would be lethargic. Moreover, the portal that would function as a backbone of the billing mechanism should also be compatible enough to take the load of the traffic all of a sudden. In addition to the low-compatibility of the portal, there are some concerns related to the HSN codes as well. The HSN codes have a prime importance in the e-way billing and lag in such factor would result in the lag of the overall process. Considering the nation not the states should be an ideal approach to the introduction of any measure in the GST policy. It would ensure uniformity.

Every good thing has to go through a difficult pathway to rise and progress. The initial and final motive of the Goods and Services Tax is to eradicate multiple taxation systems, spread uniformity by providing equal treatment to the people, and last but not the least, putting a dead stop on the tax evasion in the country. With all this in mind, one must neglect the backlashes on the GST regime and accept what’s factual and befitting. The procrastination leads to abridgment. Take the actions for the good and for the welfare of yourself and the people altogether. This has already started the manipulation

Previous How To Treat Back Pain At Home

Next What Are Your Keys to Buying the Right Vehicle? 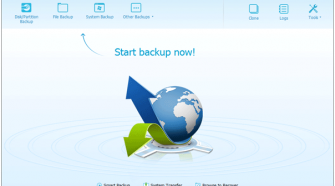