What Exactly Happens When You Are Adjusted?

What To Check In The Nutrition List Of Kids

The summer holidays will soon be upon us, and that means working out ways to keep your children entertained until it’s time for the new term to start again. A trip to London is always a treat, and the capital offers so many diversions and experiences aimed at young people that it’s not difficult to put together an interesting itinerary. Here are a few ideas to try out when planning your next trip.

Children’s theatre: For very young children, aged three and older, The Gruffalo is being presented by Tall Stories at the Lyric Theatre in the West End during July and August, and if your little ones are familiar with the books by Julia Donaldson and Axel Scheffler, they’ll really enjoy watching the live show. With lots of in-jokes for older kids, reviews have been extremely good. Time Out commented: “Tall Stories have transformed a well-loved story into an exuberant, funny show.”

Animated children’s television series Ben and Holly’s Little Kingdom was awarded a Bafta and has been adapted by the same company that turned Peppa Pig into a hit stage show. Again, familiarity with the characters makes a theatre trip much more enjoyable. It’s at Wimbledon Theatre in August and touring elsewhere until early September.

Museums: The top picks for most families visiting London museums include the Natural History Museum, the Science Museum and the Horniman Museum – a surprising, inspiring and family-friendly attraction in Forest Hill. Increasingly, digital interactive displays are built into museum layouts so that kids can be hands-on, enjoy the freedom of being outdoors in beautiful gardens, and explore the range of educational and fun activities included on the programme.

Magical experiences: The original bestselling series of Harry Potter books by J.K. Rowling was turned into a collection of magical films made at Warner Bros. Studios in London. There are a number of tours around London to visit some of the sites that feature in the books, and the Warner Bros. Studio Tour in London is well worth a visit – finding themselves on the real-life, actual Diagon Alley film set will thrill your kids. The set recreates the wizarding shops visited by Harry, Ron and Hermione and is a truly magical place. Other iconic costumes, props and sets are included, and you can also spend time on two other soundstages and a backlot, which contains amazing special effects and animatronic creatures. Older children can complete an activity book as part of their visit and participate in a fun treasure hunt to try to find a Golden Snitch.

Match the child to the attraction: During the holiday season, some kids just want to be outdoors all the time, and there are lots of playgrounds where they can let off steam – adventure playgrounds include the Diana, Princess of Wales Memorial Playground in Kensington Gardens, for example. There are also boat trips, city farms and picnic areas aplenty. To keep the kids happy, and preserve your sanity, go for a programme that blends indoor and outdoor activities, giving them the best of both worlds.

How To Combine Types Of Necklaces and Dress Perfectly 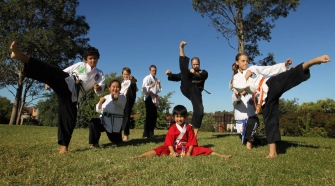