If you are a football enthusiast, then you are no doubt already thinking about how the Premier League season will unfold. Here are some early predictions and tips from the experts.

Early bets carry more risk but can be more profitable: Those that get bets in early in the season stand to make a higher return if they prove right later in the season. If you are savvy as to how a team is doing and how their training has went for the year, you may have the confidence that is needed to place a bet early on. A bit of research and analysis early on can pay off big, so make sure you do your research before jumping into any bets. At the same time, you can take advantage of how many fans will remain loyal and bet in the favour of their favourite team rather than the team that actually shows the most promise. This bit of knowledge can offer you a lot of advantage when it comes to the betting season. Football acca tips can help make betting easy and offer the best advice and predictions.

Chelsea: Many predict that Chelsea will be able to maintain their title this year. A strong team with a lot of support, Chelsea is in a good position and definitely a favourite among many people. Betting against Chelsea will be easy because so many are going to bet for what they think is a sure thing. An upset might mean a great return for a shrewd football fan.

Arsenal: Arsenal have been a top four team for 19 straight years. This means they have a strong record of success that some believe is enough for them to be a likely candidate for usurping Chelsea this season.

Manchester United: While Manchester has a great fan base, they are seen as coming into this year’s season as a bit weak. This means that if they turn out to have a stronger season, an early bet in their favour might pay off.

Liverpool:Many experts predict that Liverpool has one of the greatest chances of overthrowing Chelsea. Critics argue that this will be hard, considering one of their top players will be out for most of the season due to hip surgery. A change in leadership might also cause some transitional troubles that keep Liverpool from performing at their best level.

Smart betting: This season is predicted to be one of the best the league has seen in years. No doubt there will be some fantastic upsets as well as games that are easily predicted. Teams that have the most disorganization among them this year are at a disadvantage to teams such as Manchester City that have a new training facility to ensure they are at their best. Team trades, injuries, etc. will all play a significant role in how the season develops. Fans are encouraged to follow closely so that they can make the most of their bets

Next Why Choose A Turks & Caicos Beach Holiday?

5 Reasons Home Loans Can Be Beneficial 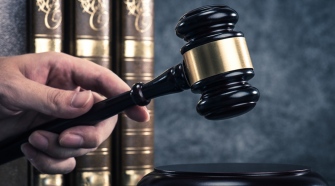 How Does An Appeal Work?