Technologic Improvements In The Bar and Grill Business

Get More Consumers to Hear About Your Brand

Fact and figures are too often assumed to speak for themselves. People seem to forget that numbers can be as misleading as they can be revealing. We must always remember that the media is highly selective with its syndicated content. Certain topics are much more popular than others. At times, the most controversial subjects are neglected. That means we are responsible for seeking out the full story no matter what.

Let’s take urban living as an illustrative use case. If you are a millennial, then finding the perfect place to live is one example. Inc. contributor Jessica Stillman highlighted the 10 best cities in the US. She relies on data compiled by Nishe, a private company that researches information on cities. According to her, “choosing the right city to put down roots affects your job opportunities, personal happiness, lifestyle, and over time how much you can manage to save.” Those are some big implications.

Few readers would be surprised by the selections Stillman made. Many were coastal metros that have long captured the limelight for their societal or cultural significance. They include San Francisco, California; Seattle, Washington; Cambridge, Massachusetts; and Washington, D.C. Some people probably expected those cities to grow exponentially. Other cities, however, were less obvious choices. Ann Arbor, Michigan, and Denver, Colorado, were two noteworthy examples.

Denver, Colorado, gets considerable recognition for a variety of reasons. Connor Green at Thrillist outlined 17 reasons why every other metro should be jealous of the Mile High City. Key takeaways include everything from the native beer selection and abundant sunshine to the healthy lifestyle options and lively sports culture. Most of what Connor describes is effectively anecdotal, though. Some readers might not appreciate a completely subjective and unsubstantiated perspective.

Emmie Martin at Business Insider crafted a more factual case advocating for Denver. She stressed several statistics that make it hard to debate. The unemployment rate is lower than the national average. In addition to that, the earned annual salary is higher than the national average. While those are compelling advantages, both authors fail to adequately discuss local controversies that have tangible consequences for residents.

For anyone who has visited Denver in the past decade, one of the first things you notice is the widespread destitution. Chris Walker at Westword shared his thoughts on homelessness in the city. The article’s data suggested that the problem is systemic and unlikely to be resolved in the near future. He doesn’t seem especially forgiving of the state officials who promised to rectify the issue years ago. Residents continue to pay substantial taxes for state assistance and intervention programs that have largely faltered.

Large-scale legal repercussions are linked to the dilemma, too. The homeless can easily fall prey to exploitation or resort to illicit activities for sheer survival. Under normal circumstances, someone suspected of a crime would have the luxury of searching for a Denver criminal lawyer. The nature of a given crime and the circumstances surrounding it usually dictate whether or not a lawyer would be necessary. Some people could probably navigate misdemeanor proceedings without legal input, but few of us could do the same thing with felonies.

A homeless individual is typically far less-equipped to navigate any legal proceeding. That’s why local resources exist to support them. The Colorado Coalition for the Homeless is one such organization committed to helping the homeless. They offer family support services, preventative health care, legal advocacy, etc. The tragic reality is that those dedicated to aiding the homeless are almost always overwhelmed. That’s again not something you’re likely to learn about in a promotional op-ed.

Denver might very well be a fantastic city with a multitude of desirable attributes, but you would be remiss if you assumed the place was perfect.

Get More Consumers to Hear About Your Brand

The 9 Best Foods for Golden Retrievers 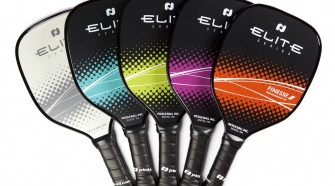 Cheap Pickleball Paddles – Some of the Important Things You Should Consider