Losing Weight With Water As A Key Ingredient

Major Factors That Influences People To Buy Properties In Ahmedabad

5 Ways To Avoid Paying Too Much On A Business Loan

Analysis and Essay on the Works of William Shakespeare: Romeo and Juliet

Computer is a wonderful piece of technology that can bring so much benefits for many people. Despite the availability of powerful gaming consoles and mobile devices, it appears that many people still prefer to use PC for their primary gaming purposes. PC loyalists often argue how they are able to get do much more compared to people who stick with consoles when playing games. They actively try to subvert the opinions of others during any comparison between consoles and PC when it comes to gaming purposes. These claims are often backed by ego and often, people often don’t know much about the inner working of the other platform. Regardless of the situation, PC gaming is still a vibrant community with the arrival of new components that promise higher level of performance. PC is definitely a more diverse platform, offering users the flexibility of choosing what kind of components they choose depending on their preferences and needs. On the other hand, consoles often have weaker hardware specifications, but they are well optimized for gaming purposes. Personal computers may consistently deliver higher graphics details than gaming consoles. However, it often means that PC gamers need to spend more money to buy more powerful components. It is also important to know that latest gaming consoles have approached the capability of personal computers. New consoles have a wide range of connectivity options. They are equipped with more ports for physical and wireless connections. Internet connection is also a standard feature among latest console models.

When using game consoles, players don’t need to be concerned with the amount of horsepower that they need to play a game. Game developers for console platform have appropriately adjusted the game to make sure that it runs smoothly on consoles. However, because there are many affordable PC setups in the market, they may not be able to run latest games smoothly. In this case, PC owners will need to check the minimum requirements of each game. In many cases, the hardware specs must be slightly above the minimum requirements to make sure that players are able to achieve smooth gameplay. However, PC gamers are still blessed with the ability to adjust the details of the graphics and resolutions. In many cases, PC setups that are below the minimum requirements can still play latest games, but with significantly reduced graphics details. Even so, it is important that games have reduced physics-based interactions on the screen when we are using low-cost PC setups. Game consoles also have significant data storage just like personal computers. They can be equipped with hard drive or SSD. It means that players no longer need to rely on optical discs anymore. Games can be stored in 50GB of storage or higher, as well as save games, fixes, patches, DLC and other related data. In general, consoles and PC have similar capabilities as gaming platforms. They have their own advantages and drawbacks. So it depends on our personal preferences.

Next BlackBerry Priv In Opposition To Samsung Galaxy S9 Edge

Choose Your Car Rental Rates Smartly And Enjoy Your Ride

The Askiitians Plan To Finish Physics For JEE In 6 Months 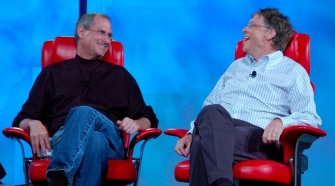