Britain Emerges as Leaders for Outsourcing in Europe

Plan Your Security Software Always Ahead

Appearance matters when you are working in a professional environment. That is why, some employers in the United Kingdom, introduce uniforms or impose dress codes. They may also impose rules on body art, piercings and hair.

But can employers refuse to hire someone simply because they have a tattoo? This article will offer guidance according to employment law UK.

Recently, the conciliation service, ACAS, informed employers that refusing to employ candidates simply because they have body art is not acceptable. Furthermore, employers could miss out on recruiting talented professionals by allowing such obsolete and negative attitudes to get in the way of their recruitment.

ACAS also commented that if such prejudices continue to exist inside the mindset of employers, the pool of potential recruits would decrease substantially, because, nowadays so many young people have tattoos.

According to leading no win no fee employment solicitors, refusing employment to candidates with body art is one of the most blatant forms of discrimination.

While organisations, these days, stress upon having a dress code – in order to set certain standards of professionalism, create or maintain a certain image, and conform to health and safety regulations – avoiding people who have body art or discriminating against them in any way, is not acceptable.

Organisations must implement such codes uniformly so that they cover all employees, regardless of race, gender, religion or position of employment. Furthermore, employees who believe such dress codes violate equality legislation may be able to present a case against their employers under the:

Is having a tattoo a problem?

In 2014, a consultant in Milton Keynes named Jo Perkins had her employment terminated because she had a 4-cm long tattoo of a butterfly on her foot. Her firm had a no-visible-inking policy and therefore, decided to dismiss her, citing she had failed to cover it.

Furthermore, in Yorkshire, a 39-year-old mother-of-three who had a tattoo which said the mantra “Everything happens for a reason” on her forearm was dismissed from her job as a waitress in 2013, following complaints from the customers. Another example is of a Next employee, who complained that his employers disliked his 80 tattoos and asked him to resign.

In all the above cases, the employers insisted their decision was made within their legal rights.

Under employment law UK, employees and workers do not have standalone protection under discrimination legislation for having body art. Tattoos and body piercings are expressly left out of the definition of disability, on the grounds that they are not “severe disfigurements that are treated as having a substantial adverse effect on the ability of the person concerned to carry out normal day-to-day activities”.

This might be the reason that employers believe they have a free reign to discriminate, however, this is not an acceptable excuse to dismiss an employee.

Body art enthusiasts insist it is unfair to discriminate against an individual because of their appearance. A 34-year-old from Birmingham, Mark Whelan who changed his name by deed poll to “King of Ink Land King Body Art The Extreme Ink-Ite”, after describing himself as the most tattooed man in the United Kingdom, has initiated a campaign to protect the employment rights of people with body modifications. However, it remains to be seen whether things change in the immediate future.

There is the possibility that the number of discrimination claims relating to age or religion may also increase.

A recent YouGov poll suggested that around a fifth of all UK adults have tattoos. According to the poll, individuals below 40 years of age are more likely to have tattoos. On the other hand, only 5 percent of individuals over 65 years have a tattoo. Consequently, issuing a blanket policy forbidding tattoos in the workplace, may indirectly highlight generational prejudice. This, in turn, may lead to an increase in the number of complaints relating to age discrimination.

There is also the possibility for discrimination claims to be raised on the grounds of religion for employees and workers who sport tattoos, a hairstyle or piercings as a manifestation of their belief system. For example, Christians sporting a tattoo of a cross, a Sikh employee having a beard or a Hindu employee who has a nose piercing.

However, in cases where body art is simply a matter of personal expression, an employee has no legal rights, except for unfair dismissal rights (on protected characteristics), through the length of service.

Moving with the times

Nowadays, there are employers who encourage uniformity as a way of building a brand image and team building. Nonetheless, organisations should consider the wider benefit of attracting and representing a socially diverse workforce that openly embraces freedom of expression.

Previous How Can We Use Less Paper in the Workplace?

Typical Reasons For Construction Delay and How To Avoid Them

3 Simple Tips to Help You Fight Mold on Your Own 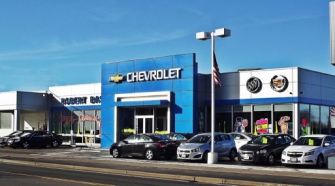