Protecting The Marvelous Spatuletail from Extinction

How do Car Insurance Groups Work?

The Best Technology Application To Manage Your Finances

Easy Modifications To Make The Steering On Your Car More Responsive

Find The Best Place For Your Wedding

Honeycomb is a completely different creature compared to Android for smartphones that we’ve come to familiar with. It is basically the first Android to be designed entirely for tablets. With the recent release of Motorola Xoom, we can finally see the OS in action. Although, Motorola Xoom boasts an impressive array of hardware components, its operating system is a much bigger story.

When a Honeycomb tablet is powered up, you’ll be brought to a homescreen and compared to competing tablet platforms; homescreens and their related functionalities are among the greatest advantages of Honeycomb. While, iPad’s iOS 4.2 is essentially a blown-up version of iPhone OS, Honeycomb offers a number of features that fully utilize tablet’s ample screen size.

Widgets are a prominent feature of Honeycomb, which are basically fully-functioning, dynamic apps that run inside a homescreen. For example, with an email widget, you can directly view your inbox, without opening a separate email client app. There are also other widgets that can dynamically display exchange rate, stocks prices, weather, news and others. Of course, widget is not a new thing on mobile devices, in fact it has become an integral part of Android since the beginning. However, with Honeycomb, widgets are becoming more useful and practical, given the more powerful hardware and ample screen real estate.

Honeycomb users can simultaneously view the inbox, calendar and local weather forecast; and after becoming accustomed with the Honeycomb’s advanced interface, you may be reluctant to return to a static environment platform like Apple’s iOS. Similar to previous Android versions, Honeycomb offers a higher degree of freedom in using homescreen space, for example, we may drop any combination of app shortcuts and widgets as we see fit. Compared to older Android versions, the homescreen customization method in Honeycomb is far more intuitive. With an Android smartphone, you need to long-press the home screen to add a widget.

With Honeycomb, the “plus” icon at the top right corner of the screen, brings you to a comprehensive homescreen customization tool. In this menu, you can see all five homescreens, along with every app shortcut, wallpaper and widget. To add them into the home screen, you simply need to drag anything you want into the screen. It can’t get any easier than this.

But, is it easy enough for a two-year-old kid to use? Not necessarily. Honeycomb tablets are not toys, incorporating too much simplicity may cost us powerful functionality.

Honeycomb features a newly revamped notification system which is more powerful than ever before. Notifications are often considered as one of the Android’s core advantages and what we see in Honeycomb is simply a well-executed improvement and natural evolution. On Android smartphones, the notification is displayed as top-of-screen bar, however, on Honeycomb, the notifications are located on the bottom-right corner of the display next to the system clock, to keep users appraised of incoming tweets, e-mails and whatever else they want to see. We can also easily disable or enable notifications based on our preferences. When a new mail is coming, a tiny box appears and shows the subject of the message and the sender. After about five seconds, the box disappears, leaving a small envelope icon in its previous place

Tablet battery level and network status are indicated by two icons located left of the notification area. Tapping these icons gives you quick-settings menus to perform basic tasks, for example adjust screen brightness to improve battery life or change network configuration. Honeycomb tablets don’t need physical buttons near the display, instead you can use three icons at the bottom left corner o the screen. One icon serves as a back button, another icon is for Home button and the last is to view minimized apps.

To view minimized apps in previous Android versions, you need to long press the Home button, which is not entirely intuitive. Honeycomb’s improved implementation eliminates the need to use shortcuts, which can be confusing for typical users. The seamless integration with Google services is another significant user-friendly feature of Honeycomb. For example, to use Google Search, you can use an icon located at the top left corner of the screen. The icon is also useful to search your contacts, apps and files in your device.

Honeycomb also features an impressive Voice Actions functionality. You can access it by tapping the microphone icon; to launch a search, simply speak a specific term. This feature is also integrated with many Honeycomb apps, for example you can send an email by speaking the message, listen to music by saying the song’s title and get direction by saying an address.

A slew of data security features was introduced with Android 2.2 (Froyo), such as password-strength requirements, lock-screen timeouts, alphanumeric PIN-based lockscreen and remote data wipes. These additions are valuable for many businesspersons who seek a secure environment for their critical data.

Honeycomb expands Android 2.x business focus by introducing an advanced encryption system, which allows users to encrypt settings, accounts and files. Each time the device is turned on, users are asked for password to decrypt everything.

With Honeycomb, business users can engage in remote videoconferencing easily using either built-in tools or other new apps being developed for Honeycomb. For example, as an alternative to Google Talk Video, an application developed by Fuze Meeting offer a HD-quality, multiparty collaboration app, aimed entirely for the enterprise market.

Compared with other mobile OSs, Android’s desktop-like browsing experience and full-fledged multitasking can serve as unique factors for people looking to move their business activity from laptops into tablets. The fact that Android allows us to sync smoothly with laptops and desktops, without any proprietary software is a noteworthy advantage for an enterprise adoption. Furthermore, Android’s non-restrictive approach to application management and its open source platform means businesses may put any apps and tools they want to their devices that are designed for their unique requirements. In a closed-source like the iOS, application installation must be authorized directly by Apple and installation can only be performed through App Store.

Despite its excellent presentation, Honeycomb isn’t an entirely sweet success, while the new OS is criticized from being a little rough around the edges, Honeycomb’s real weakness really comes down to its apps. Users occasionally encounter hiccups around individual apps issues, for example poor or even lack of compatibility. Although theoretically Android can run any Android app, including those developed for smartphone, things may not always work so smoothly. Applications for smartphones are only displayed on a small area of the tablet, although some apps can expand itself to take up the entire screen, but they are not as polished as their tablet-optimized cousins. To achieve best compatibility, it is advisable to choose a smartphone app that supports Android 2.2, as older app may not work in Honeycomb tablets at all.

However, compatibility issues are entirely understandable as Honeycomb programming kit is released only on February 22. As such, this issue is likely a temporary one. Android Market is rapidly expanding, on February 2011 alone, about 32,000 apps are added, which means that in two or three months, the Honeycomb floodgates will be wide open. If you recently buy a Honeycomb tablet, the pitifully small number of Honeycomb-specific apps is definitely a setback nonetheless. In fact some popular software technologies, such as Adobe Flash Player isn’t available for early Honeycomb users.

Overall, Android Honeycomb is a promising and powerful platform for tablets. It takes Android and tablet experience to a new height, giving us solid opportunities to customize and create a framework for our unique needs. As a whole, Honeycomb tablets are much more than oversized Android smartphones. That said, Android Honeycomb is still at its infancy and more time is needed to make it a fully mature OS, especially when it comes to the availability and compatibility of third-party apps, which are important in any tablet experience.

Previous Getting The Best Out Of Your Kitchen Remodeling Projects

Next Food For A Healthy Mind

What You Need To Know About House Construction 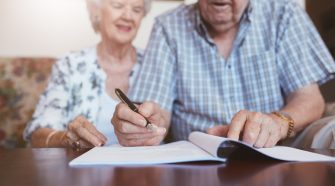