Strolling Routinely For One Hour Will Consume More Calories

‘The Mummy’ Trailer Looks Beyond Interesting

Skills To Hone If You Want A Career In Property Development

After seeing the latest SEMA Auto Show where we saw the latest 2016 Toyota Tundra TRD Pro Desert Race Truck we simply had to make a review about it and let the people know about this truck. It was perhaps one of the highlights of an otherwise spectacular show which featured a lot of aftermarket specialties. Toyota came out with various goodies to present to its fans, and the 2016 Toyota Tundra TRD Pro Desert Race Truck was one of them which may have appealed to the most largest audience of all.

The regular Toyota Tundra has been tweak a bit and prepared for desert racing. As you can see form the provide pictures of the 2016 Toyota Tundra TRD Pro Desert Race Truck, there is no chance of mistaking the desert race enhanced version with the regular kind. The truck is massive and features all kind of off road and desert racing features. It is now durable more than ever and has a lot of upgrades that enables the car to climb over each obstacle with ease and surpass any type of irregular terrain.

After the show is finished, the truck is scheduled to make an appearance on the Baja 1000 race. The race is a great way to estimate the vehicle’s potential and is one of the best proving grounds for development and research and will be the best way for Toyota’s TRD Pro Desert Truck to show what it’s got.

In order to tackle the harsh terrain of the desert, the 2016 Toyota Tundra TRD Pro Desert Race Truck has been remodeled for extreme terrain racing and of road driving. There are many upgrades which will make this car a competitor in the sand and designers have made sure that the changes do not seem only aesthetic but very useful in all kinds of situations as well.

The desert race package starts with heavily upgraded suspension components. Added are also the remote reservoir shock absorbers as well which bolster the desert racing potential of the truck. also the car rides on the massive BFGoodrich Mud Terrain tires, which can alone make the distinction between the regular vehicle and the upgraded SEMA version one. also there are two more spare tires in the back, added just in case as you never know what might go wrong in this type of a trip.

To conclude the off road package the 2016 Toyota Tundra TRD has been given of-road lights which can be very helpful when the light diminishes and the darkens sets on the already tricky terrain that needs to be overpassed.

As you can see on this Toyota blog the interior is on a par with the exterior of the 2016 Toyota Tundra TRD Pro Desert Race Truck. To help the car perform as it should there have been massive changes inside in order to prepare the truck for the obstacles to come. The inside is all business and has enough space for three people to rid, two in the front and one in the back.

The three passengers will be protected with a full on roll cage which will be seated in the newly provided racing seats which will be buckled with five point racing harnesses. The interior was fitted to help the drives and its passengers to overcome everything that might befall them during the race. The emphasis has been added to the safety for the occupants of the cabin and no degree of chance has been added for loose ends.

The engine of the 2016 Toyota Tundra TRD Pro Desert Race Truck provides a massive boost and a power shock for the basic version. Under the hood we may find a 5.7-liter V8 engine, but there have been no official numbers for the specification of the engine provided yet. Perhaps we shall have to wait for the end of the race to see the officials stats. To mention, the engine of the base version was able to provide 381 bhp (284 kW) and 401 lb-ft (543 Nm) of torque.

The engine has also been enhanced with an cold air intake a cat-back exhaust system. A special kind of air intake does not enable the sand or dust to clog the engine while the added inner fender wells provide a dressier appearance for the truck. Bellow the air intake and the firewall you can see the remote reservoir which has been added for massive shocks that may occur.

As we already mentioned the 2016 Toyota Tundra TRD Pro Desert Race Truck has been officially unveiled at the SEMA show and this can be regarded as its official release date as well. We can see later on how the truck will fair at the Baja 1000 desert race and for more information about that keep on tuned with everything that comes out regarding this vehicle. That way you will also be able to find out the price as there have been no specifications released on that fact. We can assume that more info will come when the race finishes.

Next The Detailed Facts On Collocation Server Indonesia

Those Who Can’t Play, Party: 4 Best Cities For Football Tailgaters

A Stepwise Guide When You Want to Buy Weed Online 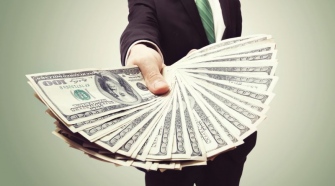