Claiming Compensation for a Personal Injury

There’s probably nothing more frustrating than missing a flight because you got held up on your way to the airport. And yet, it’s something that happens to most of us more than we’d care to admit. Or at least, even if we don’t miss flights completely, we often end up running through terminals to make it to the gate, instead of getting there with a few minutes to spare.

Fortunately, it’s a pretty easy problem to deal with as long as you’re disciplined about it. In this article we’re not going to focus on general tips for travel efficiency, such as packing the night before or checking in online in advance. Rather, we’re going to focus specifically on getting to the airport from your home, and how to avoid any and all hitches that could slow you down.

Or family members. But you get the idea. It’s pretty common practice to ask a friend if he or she can drive you to the airport, provided the flight isn’t obnoxiously early in the morning. But in doing this, you’re essentially putting your fate entirely in the hands of said friend. So instead of just trusting one friend, line up a back-up plan just in case. Tell friend number one that you have a back-up, and therefore to let you know if he or she is running late the day of the flight. That way in the worst case scenario you can tell friend number two that you do indeed still need a ride. It’s a little bit of a clunky process, but chances are better that one of them will come through if there are two of them to begin with.

This might seem a little bit excessive, and perhaps it is a bit on the neurotic side. Then again, try to imagine a scenario in which an old tire pops or your engine stalls out while you’re on the way to the airport (if you decide to drive yourself and park). The truth is you need car service once or twice a year anyway, so you may as well try to take your vehicle to the car dealership or service station in the week leading up to your flight. This will at least decrease the likelihood of an issue derailing your travel plans, and it crosses something off your list anyway.

Spring For A Service

It’s getting trendier these days to just use an app and a ride sharing program to get to the airport, but there are a lot of variables there. You never know when the app will be operating slowly, when a driver might have trouble finding you, or even when said driver will be unreliable in getting you to the airport on time. Thus, if you’re really worried about getting there on time, it might be wise to trust a professional car service instead of, say, Uber or Lyft. That’s not to say there’s anything wrong with those companies, but if timing is of the utmost importance you might want to opt for a driver you can schedule in advance, and who has extensive experience driving passengers to the airport.

Move Your Flight Up An Hour

This is simply a matter of discipline. But particularly if you’re trusting public transportation to get you to the airport – or even a friend or car service, for that matter – simply move your flight up an hour in your mind. In all likelihood, this will result in your having an hour to kill at the terminal, which can be dull. But it’s a lot better than missing a flight, and arguably even better than having to run to get to your gate. If you just tell yourself boarding is an hour earlier than it actually is, you might be able to trick yourself into being more efficient no matter how you plan on getting there.

Next 5 Ways To Improve Your Life This Summer

The Benefits Of A Good Long Term Disability Lawyer

The Importance Of Health and Mental State

3 Keys When You’ve Been in an Auto Accident 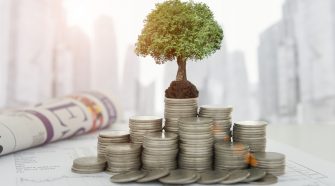