How Can You Succeed Through Online Writing Services?

There’s more than one way to be negligent, and sometimes seemingly small actions can make a huge difference in court cases. Civil court negligence is also a different animal entirely than criminal negligence. An act of criminal negligence can occur when there’s a “gross departure” from the standard of care that’s expected from a “reasonable person.” Civil negligence, however, involves a different, less strenuous standard, because the consequences are different. Criminal charges can result in being sent to jail, while a civil case means you’re looking at having to pay some money to another party. The loss of money isn’t small, but it’s not as big a deal as the loss of your personal freedom.

Perhaps the most common place to hear “negligence” is during a personal injury lawsuit. A typical scenario might go something like this: A small child spills juice in a grocery store, and rather than grab a mop and put out a “Caution: Wet Floor” sign, the store employees do nothing. A few minutes later, an elderly man slips on the juice, falls, and breaks his hip. He has to go to the hospital for a treatment. A month or two later, after the man is able to find a trusted personal injury attorney in Mobile, AL, the store is served with a notice to respond to a civil court suit.

Does the man have a case, or was it an honest mistake? Well, the man probably has a case if he found an attorney willing to represent him, since smart attorneys don’t want to waste anyone’s time by taking on a case that they don’t think they can win. That doesn’t mean lawyers are right 100 percent of the time, but they do the best they can. Furthermore, the fact that a case is already being tried in criminal court doesn’t preclude a civil suit from being filed as well. A Texas jury recently decided that the family of a man who was hit and killed by a car should receive more than $2 million from the driver of the car. The driver is awaiting a criminal trial on an intoxication manslaughter charge, but double jeopardy doesn’t apply in cases when one trial is in civil court and the other is in criminal court.

Under the rule of contributory negligence, a plaintiff can be barred from recovering any sort of damages if their own negligence in any way contributed to the incident. That means someone who wasn’t wearing a seat belt when a drunk driver smashed into his or her car could walk away with nothing, even though the choice to drive drunk is much more serious than the choice not to buckle up. However, contributory negligence remains in effect in just a few states: Alabama, Maryland, North Carolina, Virginia, and the District of Columbia. The other states have adopted a comparative negligence model. That means a jury can decide, for instance, that the plaintiff is 20 percent at fault and the defendant is 80 percent at fault, then order the parties to compensate each other accordingly.

There’s a difference, though, between personal injury suits and workers’ compensation suits. Workers’ comp claims are typically simpler because of the no-fault system of compensation. That means a worker can receive medical treatment and file an insurance claim even if it’s his or her own fault he or she got hurt. That doesn’t mean there can’t be complications, though, especially if an appeal is denied. New Jersey Workers’ Compensation Attorneys can help those who feel like they aren’t getting a fair shake from the system.

Previous What Are The Best Wines In The World? And The Baghera Wines Event

Next Garage Organization - 5 Tips For A More Usable Space

How Pollution Affects Your Skin Internally? 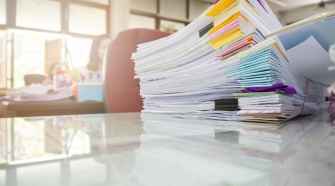