Save Stress by Using A Party Rental Company

How Students Could Prepare Themselves for Working Environment?

Take Care Of Yourself With Depression Self Help Program

A Good Nose Should Blend In, Not Stand Out!An Overview Of Rhinoplasty!

Power is fabulous — when you have it. When you don’t — like those times your mobile phone battery goes dead— you’re sunk. No wonder you find heavy users of mobile phones rarely using power-hungry features such as video calling. Many carry extra battery packs with them.

Batteries have been the foot soldiers of the digital revolution, but the lifeblood of mobile phones. Unfortunately, battery technology hasn’t kept up with the rapid pace of technological advancement. Recent research indicates that the amount of energy a battery can store is growing by 8 percent a year, whereas mobile phone power consumption — mainly due to backlit colour screens and high-speed wireless networks — is growing at more than three times that rate.

Most mobile phones are sold with a standard battery that gives you an average talk and standby time. So what can you do when your phone battery is dead or the charge level indicator starts acting up? Purchasing a mobile phone battery is not as simple as buying an AA-sized battery from your corner store. There is usually more than one type of battery available for a given phone. In addition, weight, lifetime, talk time, and cost should be taken into account. All these factors can have a significant impact on your mobile phone experience.

Talk time deals with making and receiving calls. Standby time is when your phone is turned on and you’re not talking to someone.

Most manufacturers specify talk time in minutes and standby time in hours. Talk time usually varies from 180 to 750 minutes, whereas standby time varies from 200 to 400 hours. Why is talk time dwarfed by standby time? Because your mobile phone has to transmit power during talk time. Manufacturers are constantly striving to minimise power consumption through smarter designs. Most of these power saving techniques have only helped prolong standby time. Talk time hasn’t improved a lot because the power needed for the transmitter hasn’t changed. (Significant improvement in talk time can be achieved only through new battery technology.) This means that a phone with a week or more of standby time may still manage only an hour or two of calls before its battery become flat.

The capacity or rating of mobile phone batteries is measured in milliampere-hour (mAh). The capacity of most batteries varies from 500 mAh to 1200 mAh and depends on the type of battery.

Generally speaking, higher capacity leads to longer talk time. For a given phone and battery type, choose a battery that has the largest capacity. This will give you more talk and standby times.

Four types of rechargeable batteries are used in mobile phones:

NiCd was the earliest rechargeable battery. For many years, NiCd was the only suitable battery for portable applications. The 1990s changed the landscape with the emergence of NiMH and Li-ion. Both offered higher capacities than NiCd. Soon NiMH and Li-ion competed against each other, with each claiming better performance and smaller sizes. Today, most new phones are equipped with Li-ion. The Li-ion battery is lightweight, offers high energy density and lasts longer than the typical life of the product. For slim designs, however, some mobile phone manufacturers have switched to a variation of Li-ion called lithium-ion polymer.

For more information, you can call on Orange Helpline Number and get in touch with its team.

Previous Why You Will Regret Not Travelling On Your Deathbed

How website builder is the easy way to start your Business

Foods to choose and keep away when you are pregnant

How Long Should A New Vehicle Tyres Last 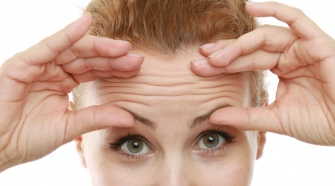