Tips For A Flawless Car Wash And Wax Every Time

How to Write Essays With Fresh Perspectives?

Planning your trip to Bangkok? If you’re reading travel guidebooks, quite likely there are some lesser known facts about Bangkok you’ll be missing on. Lesser known but amazing facts about the City of Angels! Let’s take a look at 10 of these facts I’ve handpicked for you here:

1 – The Longest City Name in the World

Really? Isn’t it just Bangkok? Apparently, Bangkok is the name of the city known to the world but for the local people there is a much longer name. In short, you may hear the locals refer to Bangkok as ‘Krung Thep’. This is the short form of the entire name of the city which is:

“City of angels, great city of immortals, magnificent city of the nine gems, seat of the king, city of royal palaces, home of gods incarnate, erected by Visvakarman at Indra’s behest.”

2 – The Temples on Thai Baht Coins are all in Bangkok

If you notice the design of the Thai Baht coins, you’ll quickly discover that all the temples are those found in Bangkok. And it goes like this:

1 Baht coin: WatPhraKaew or Temple of the Emerald Buddha

2 Baht coin: WatSaket or Temple on the Mount

This is not really just Bangkok as every country and city have a few laws that continue to exist and compared to modern laws sounds a bit off. Here are a few laws make sure you do not break when you’re traveling to the city:

It’s illegal to use a durian fruit as a weapon.

It’s illegal to step on any Thai currency (coins or notes).

Apparently, the well-known energy drink: Red Bull, which is today a multibillion dollar power drink industry actually originated from Thailand. In Bangkok, you could find Red Bull drinks pretty much everywhere and there are also cocktail mixes at bars specifically with Red Bull mixed in. Red Bull has been popular in Thailand since 1976 and was created by ChaleoYoovidhya. When he passed away in 2012, he was the third richest man in Thailand. A heads up is, the Red Bull you’ll find in Bangkok has a slightly different taste and texture to it than the modified version that is sold world-wide.

Thailand is in fact the only country in Southeast Asia that have never been colonized and this shows quite significantly in the very rich culture even the Bangkokians themselves carry. In a modern capital city such as Bangkok, you would expect to see quite a mix of culture. And yes there is quite a big mix with western influence but the essence of being Thai is very deeply ingrained and respected. This is seen even with the younger city dwellers who line up to make alms to the Monks early in the morning before going to school, or the different Wais to show reverence to elders.

All the shopping centers basically are tightly knitted together in Siam area. If you have just the weekend to spend in Bangkok. It’s probably best to spend it in Siam area as that is where you’ll find all the major shopping centers and some of the city’s main attractions. There are also a handful of city-center hotels such as Mercure Bangkok Siam in the area.

Previous Things You Need To Stock Up On For RV Trips

Next Experience The Unimagined Ever At “Adlabs Imagica”

Defining The Right Entertainment For Your Kids Parties

The Types of Jumbo Bags 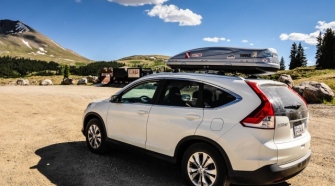