3 Most Effective Ways To Remove Pimple Marks Without Any Discoloration

Sunday, October 4th, was another record-breaking night in the NFL.

Tom Brady went to war with a young up and comer in Justin Herbert. The former Oregon Duck, who wasn’t expected to get the start until later this season, put forth a valiant effort and took Brady and the Buccs right to the edge with 290 yards on 25 passes.

But Brady is still doing what Brady does. He threw an early pick, but like the terminator, he didn’t let the emotions rattle him, and he came back to threw for 349 yards and five touchdowns. Five TDs have never been thrown by a 43-year-old QB until this last Sunday, giving Tom Brady another NFL record to notch on his belt —another record that may never be broken.

Can Terrible Tom and Brice Arians keep it up? This brings us to Tampa Bay’s Week 5 affair versus Nick Foles and the Chicago Bears on Thursday night.

The Bears started hot, winning three straight and cementing in the minds of many that the switch to Nick Foles was the right move.

The Bears 19-11 loss to the hometown Colts this weekend came down to field-position and the kicking game. Foles put up a commendable 249 yards with one TD and one INT, against Philip Rivers, 190 yards, and 1 TD.

The Bears opened as 3-point underdogs, but we have already seen that number move up to 5.5 points at sites like Bovada. So, let’s look at the numbers and see if what the boys in Vegas think is fair.

The Buccaneers are averaging 30 points per game on any given Sunday, and 25.50 while out on the road. Meanwhile, the Bears are putting up 21.5 on average and just 14 at home. Overall, the Buccs have passed for 273.75 yards per game against the Bears 232.75. But Chicago has a slight advantage with the rushing game as they put up 110.50 per outing against Tampa Bay’s 97.75. The Bears are just a 1 minute more time on the field and get off 1.5 snaps per game more than Arians’ squad. But, the Buccs gain more than a half-yard per play more, which is a significant number.

So, if we compare the home-away numbers, the Bears have a 6-point defensive advantage. But on the flip-side, the Buccs have am 11.5 offensive advantage … which oddly enough—or not so oddly adds up to exactly 5.5, which is precisely what the point spread now sits at.

That said, given the Yards Per Play stat, I don’t think the defensive advantage will be a full six for the bears. More like three, but when you had three points for home-field advantage, we are right back to the same spread.

Ok, so these numbers state that if these two teams met on neutral grass, Tampa Bay should win by 6.7 points (a touchdown).

I believe Brady and the Buccs will win this game. However, I think this line is set tight. It could be a 6-point game or a 3-point game. The line climbed up from 3 to 5.5 rather quickly, which leads me to believe that a ton of sharp money poured on the Tampa Bay side. So, at this point, I would say, just take the Buccs to win on the money line and for your survivor pools.

Next The Status Of Health Stocks In 2020 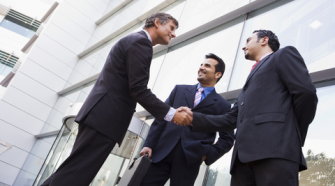 Britain Emerges as Leaders for Outsourcing in Europe