4 Most Pressing Effects of Environmental Issues

Coping up with low blood pressure when you are pregnant

Despite the recent advances in the medicine world, many doctors are still perplexed by various illnesses that don’t seem to have specific cause. As an example, improper sleep, fatigue and severe muscle pain can be the symptoms of fibromyalgia. Sleep apnea also has similar symptoms, but it is also indicated by breathing interruptions during sleep. There are a number of treatments that can help to reduce the overall symptoms of fibromyalgia, in terms of severity and frequency. However, there could be a hidden cause of these diseases. In fact, mercury poisoning could also have similar symptoms.

Mercury is a metal that is liquid in room temperature. In the nature, it is usually found as methyl mercury and can be released easily to into the environment. While other metals, like iron and zinc are essential for our health; our body doesn’t require mercury. Unfortunately, mercury could enter our body at cellular level and the normal functioning of our body can be disturbed. When mercury enters our body, the overall life process can be disturbed. Mercury affects our gastrointestinal, respiratory, urinogenital, endocrinal, cardiovascular, reproductive and nervous system. As a heavy metal, it can’t be transported easily by water and it could accumulate for years in our body.

We should be aware of the possible environmental pollution of mercury. The most popular case is probably what had happened in Minamata, Japan. It is a growing industrial town and mercury contamination problem was discovered in 1959. The local industry released waste that contained various metal elements, such as selenium, arsenic, lead, copper, thallium, manganese and of course, mercury. Symptoms that affected the local population seem to be associated with mercury poisoning. Unfortunately, this situation had gone unchecked for 30 years. Animals and fish in the area have accumulated level of mercury and other harmful metals.

The local population regularly ate fish caught in the area and in 1950’s, there were increased cases of nervous system degeneration. It was indicated by involuntary limbs jerking, numbness and speech problems. The condition affected the entire town; even birds fell from the sky and pets acted strangely. Minamata seemed like cursed by a hidden dark force. However, scientific research found the actual culprit and the industrial waste problem was rectified to reverse the condition. Mercury poisoning could also be obtained from dental fillings. Amalgam may contain about 50 percent of mercury.

Mercury seems to have strong relation with the incidence of heart disease. Mercury could be discovered in hair and higher level of mercury could indicate higher risks of heart disease. Despite the known toxicity associated with mercury poisoning, sources can still be found easily in our surrounding. Before getting dental filling, we should make sure that the dentist doesn’t use amalgam with high mercury content. Thimerosal contains some amount of mercury; which is a common substance used in medications and vaccines. Fish species that are considered as top predators could contain concentrated amount of mercury and other heavy metals.

What Actually Happens At A Fertility Clinic

Health Tips Which Will Help You To Evolve As A Seductress 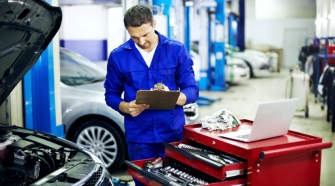 Where To Find The Best Car Service For Your Car?