How should Women be Careful about Bone Health?

Need Help With A Science Project? These Resources Will Help You Out! 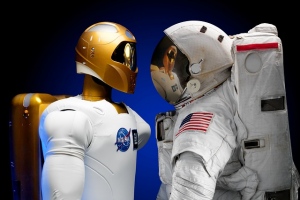 Over the past half century, technology has progressed with such ferocity that previous generations would deem our current civilization as mystical beings surveying the land once inhabited by humans.

Today, our tech-obsessed and electronically consumed culture have become numb or has unintentionally ignored the momentous advancements of technology, leaving modern day heroes of intellectually gifted shunned from recognition.

But as the year 2016 approaches and the holiday season follows not far behind, our focus gradually becomes consumed with the latest and greatest gadgetry and devices.

In celebration of what best excites our holiday interest —it would only be fair to shed light on some of the most significant electronic breakthroughs from the past half century that has lead us to where we are today.

In 1954, Dr. Joseph Murray first introduced the theoretical possibility of removing an organ (kidney) from a foreign anatomy and surgically inserting (the organ) into a different patient’s body.

However, this ‘medical miracle didn’t solely rely on luck for success; but rather, Dr. Murray premeditate the surgical procedure by choosing to elect a pair of identical twins with hope that the similar genetic makeup between the relatives would stimulate an positive correlation for organ transplant.

In the early 20’s, Czechoslovakian playwright Karel Capek famously coined the now infamous term: robota. Since then, medical researchers, technical institutes and engineers have all invested millions into making this mechanical fantasy a reality.

What was at first believed to only be the imaginative work from Hollywood’s greatest directors, couple with the millions of dollars in Hollywood special effects and sprinkled with a dash of “movie magic” is now a frightening actuality.

Today, robots threaten job security in some segments of blue and white collar trades. Being as though robots complete tasks at a much higher efficiency level and maintain a less likelihood of error than their human counterpoints, it’s no reason why robots are scaring people not just because of their frightening appearance.

Whether it’s that intuitive shut-off nozzle that knows when to stop pumping gas into your car or that 100 mph rollercoaster from Hell that spirals you into the unknown, appliance engineering has dramatically improved the function, efficiency, and overall quality of everyday living. From flashlights to coffee makers, refrigerators to earphones—appliance engineering serves us a broader purpose than what we may have previously first imagined.

Well, in the span of 50 years, the human race has not surpassed the Neil Armstrong historic landing on the Moon; however, the space race (or Cold War) continues to exist, which means in all likelihood mankind is positioned to travel to its first actual planet within the next 50 years.

Remember the days when you had only ONE phone in your house; you hated using it, and if anything, the home phone was more of an inconvenience than of a virtue.

Today, you’d be hard to fight someone who doesn’t carry around a phone in his or her pocket, and if not, it’s culturally acceptable to consider that individual dangerous to society.

From dating to watching a movie, from receiving driving directions to scanning boarding passes–modern day’s version of the mobile phone is overawed with complex data, intuitive processing information combined with individuals immune to its sophistication and engineered brilliance, and arguably, undeserving of its groundbreaking accessories.

Laptop computers have altered the educational system, strengthened work efficiency and allowed us to experience, first-hand, the comfort of surfing the Inter-space nestled in-between our pajamas, and with little to no risk of public ridicule; in other words, “minicomputers” have completely transformed our relationship with the modern desktop computer. In fact, it’s a startling realization that merely no longer than 30 years ago, there were no games waste your beautiful Saturday on, no platforms to communicate with friends, and most shockingly, no access to online savings during the holiday purchases.

English mathematician, philosopher and inventor, Charles Babbage was the first to conceptualize machine-readable codes and information; obviously, this was well before the birth of the Internet—making Babbage’s discovery even the more impressive.

However, once the debut of the Internet finally surfaced at the end of the 20th century, society would forever change—it was only then when digital media returned to a modest reception. But as years passed, digital media swiftly moved to the forefront of marketing strategies and social networking.

Essentially, digital media details the best and worst qualities of what shapes our thinking and provokes our interest,

Digital media is not only a powerful and gifted tool with unlimited opportunities—it’s immortal as well. With infinite storage space and quicker-than-light technology, digital media promises to only develop further, retaining endless data and complex audio/visual content into precise and easy-to-find locations you can have for lifetimes.

Previous Toyota Prius 2016 Isn't Going To Be Better Than Before?

Buy The Best Range Of Mobile and Other Electronic Gadgets Online

Teaching Methods In Use Around The World 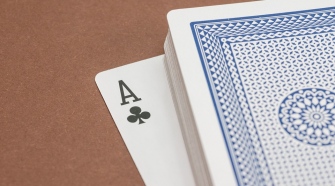