Tips To Improve The Most Complex Parts Of The Body

Why Is Multivitamin Good For Your Health?

Key Facts On The Process Of Hiring

No need to think of the year 2100, this generation of 7 Billion populations suffering from poverty, hunger and regular change in the climate with many issues around. Since we have only one planet can we make it safe or simply becoming a part in destroying it?

The development will not decrease in urban countries, as this will become common in building new cities and mega-cities, maybe each city with 10-20 Million populations became more common in those days.

You new born ones or your baby grandchildren will be 60-75 years old by those days, according to today’s general survey, only 20-25% would survive up to 60-80 years.

More growth will be from Africa, its population will go 3.6Billion by 2100, but there are some regions which will have slower growth in population, example like the United States population may grow 311 million to 478 million

There may not be dead soon in the future after 2100, the present lifespan of humans is 65-68 years, and as well many medicines are being invented to prevent diseases which are hazardous for survival of life. If everything goes well as global warming planned humans may leave 70-80 years.

Our food may be more expensive in those days, because many people are trying to live a luxury life watching one another, who are going to worry about crops and farm cultivation, maybe the land besides the cities may fall in the real estate business with increase of population.

There may be a shortage of farmer to cultivate the crops and produce food.

Rise of toxic gases may cause the extension of many species in air and also surroundings too. It is said that Carbon dioxide will rapidly increase if global warming is not kept in control.

Next Using Mobile Technology To Improve Your Customers' Experience In 2014

10 Reasons Why Magento Is The Best E-commerce Platform 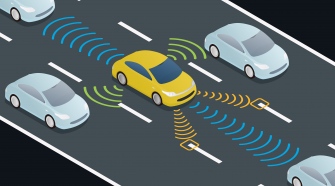