Tips and Correlation Between Obesity and Cars

Future Of Brick and Mortar Stores

Some Tips To Make Your Beloved’s Birthday Special

Any real fan of the LOTR universe knows that the third volume, Return of the King, is a highly complex work and many need to read it over and over again to get full understanding. Peter Jackson knows that converting such a complicated into a movie isn’t an easy task. His team needs to juggle between so many details of the book to decide which one that should be included. Eventually, they need to eliminate subplots, without ruining the fan’s expectation. The film may impress casual audience, but it is also important that fans will be satisfied as well. Regardless of how we see it, Return of the King is a powerful film. It has good looking costumes, wonderful special effects, great characters and impressive battle scenes. From start to finish, it is delightful to watch. But we should know that there are major components in the books that are missing. In fact, it may take a couple of films to fully cover the whole book. Fans would notice that there’s no the Scouring of the Shire. When watching the film, we need to pretend that those four adventurous hobbits are able to ride peacefully into the Shire. In the book, the hobbits’ hometown isn’t go unnoticed and unscathed in the great War of the Ring. It’s an upheaval that affects the whole Middle Earth. In the film, these four hobbits simply return and then sniffed at by the old lady, as if they are returning from a weekend vacation.

There’s also a change with how the One Ring is destroyed. In the book, it’s a simpler process. Frodo finally succumbs to the power of the One Ring and he decides to put the ring on. As he’s about to do that, Gollum suddenly comes out of hiding to bite Frodo’s finger. Gollum is so delighted that he is able to get the ring back, he stumbles and finally fall into the fiery lava. Jackson feels that the book’s version isn’t enough to visually portray the most significant element of the whole trilogy. Ordinary audience will see it as a let down. So, we see a bit of action with how Frodo, Sam and Gollum struggle inside the volcano. Even so, we could still see how a blind addiction could cause our destruction and evil will cause its own downfall. Again, we see how perseverance, bravery, mercy and kindness bring rewards to protagonists. In the book, Sam has multiple opportunities to kill Gollum, but the kind Frodo doesn’t want anyone to get killed. Despite these changes, the Return of the King is still both a fantasy adventure story and a powerful moral story. When watching the film, it’s not easy for to disassociate ourselves from it. It’s as if we are there along with the struggling hobbits, the charging rohirrim and the defending Gondor soldiers. There are many things that we can learn from the whole trilogy. The books themselves are something that we can read again and again, while the film is simply a tool to enhance our imagination .

Next Choosing Accommodation For First-Year Students

Information With Accuracy from Stratfor 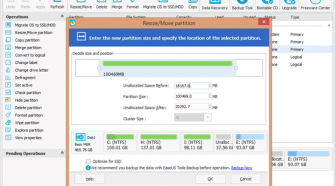